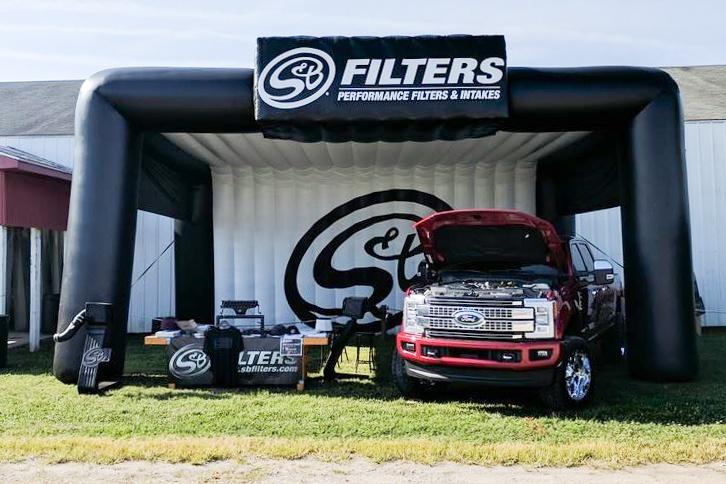 It's hard to stand out at a crowded trade show. That's why Cayman Carter, sales executive for S & B Filters, commissioned Landmark Creations to build a giant inflatable tent.

"Our goal," he says, "was to establish a bigger presence at tradeshows and events in a more convenient, cost-effective, and different way."

According to Carter, "Landmark Creations has the best product at the best possible price." But what really sold him was the company's "first-rate" team. "Landmark was able to produce the inflatable on extremely short notice," he says, "then overnighted it to our destination to make sure we had it on time!"

So far, the huge inflatable tent has paid off for S & B. Says Carter, "it has allowed us to attend more events than we ever could before." What's more, he reports, "The interest in our brand and products has increased by having the inflatable. In my opinion, it has an even bigger effect at events than we would have with a semi."

Inflatable Arch Gets Down & Dirty at Mud Events