Custom Inflatable Bottle Makes a Splash at the Super Bowl 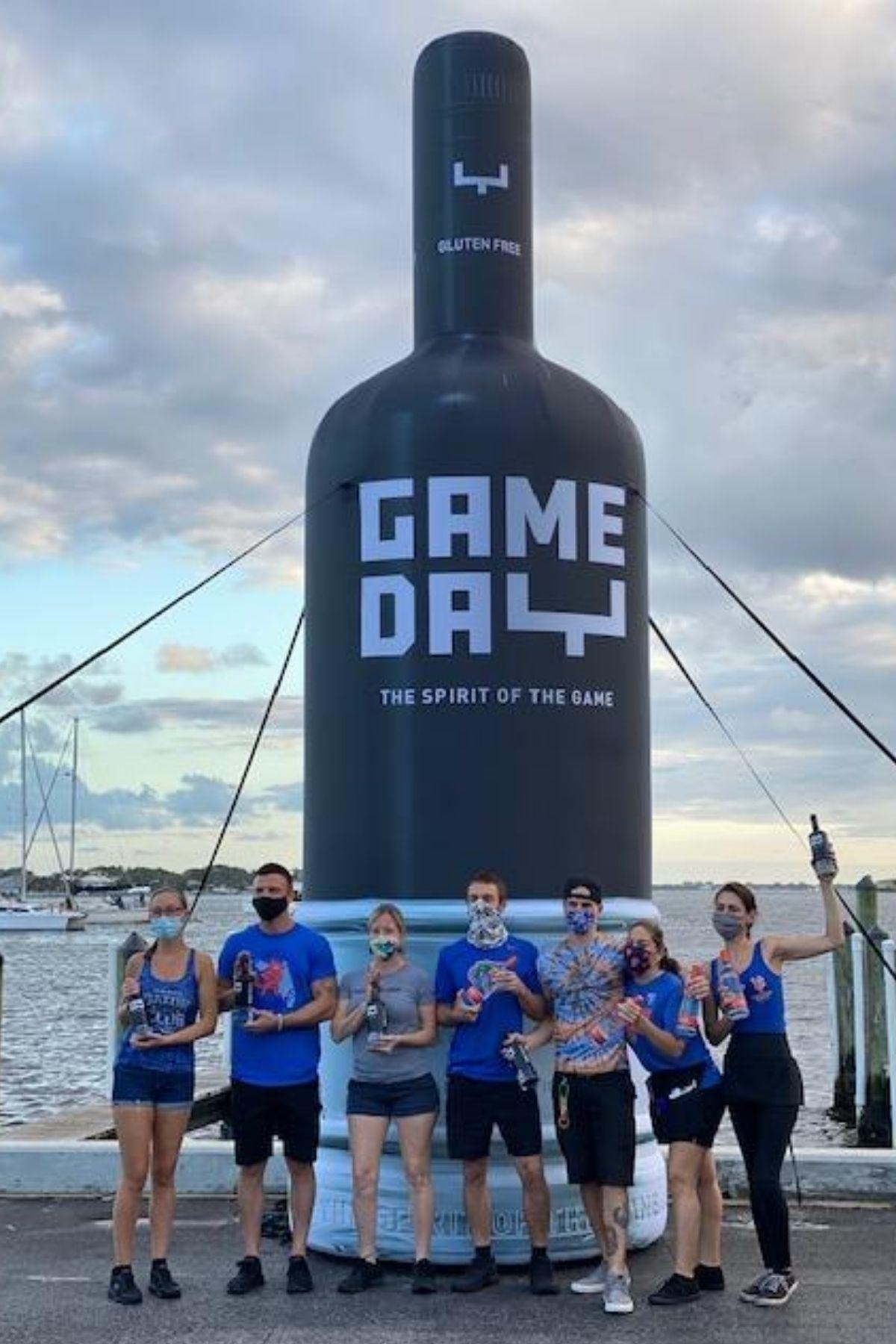 When the folks at GameDay Vodka launched their latest bottle design, they faced a unique challenge.

GameDay targets the sports fan market, so they usually sell their super-smooth vodka in 750ml bottles adorned with classic team colors. But this brand-new bottle marked a dramatic departure. It was matte black, sleek and sophisticated, with an upscale, elegant vibe.

The company planned to debut their new bottle at Super Bowl LV, where GameDay Vodka would serve as the exclusive pour of the Tampa Bay Host Committee. But they needed an eye-popping way to grab interest and attention – a "disruptive and buzz-worthy piece," according to Giuliana Rossi, Director of Marketing Strategy.

So, they turned to Landmark Creations.

According to Rossi, the inflatable replica caused a considerable stir at the Big Game 2021. It "improved foot traffic," she says, along with "social media engagement, new business opportunities, brand awareness, press coverage," and more.

Since then, the custom inflatable has made an impact at other events. And, apparently, it has helped increase sales as well. "To our surprise," reports Rossi, "the matte black bottle has outsold all other team-color-specific bottles!" 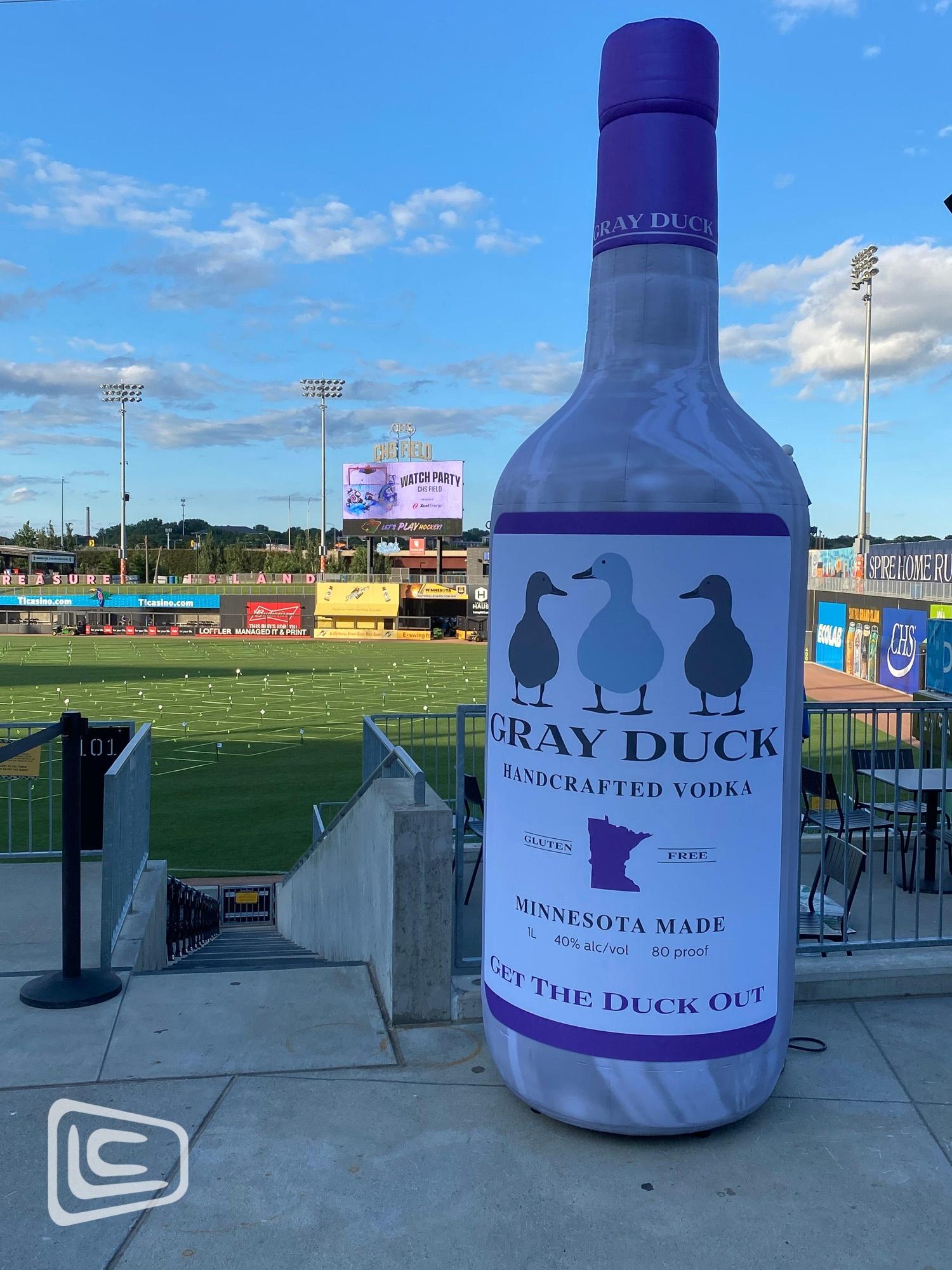 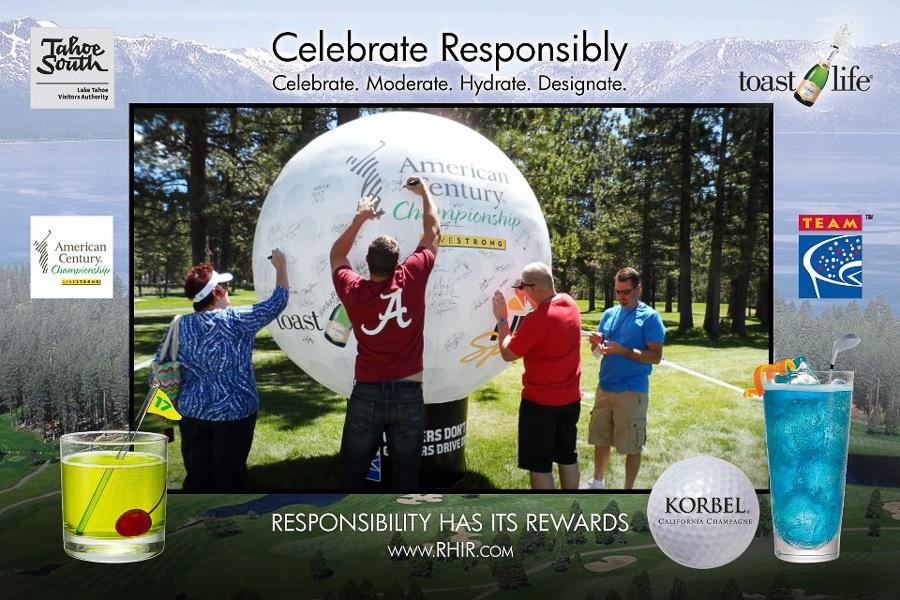 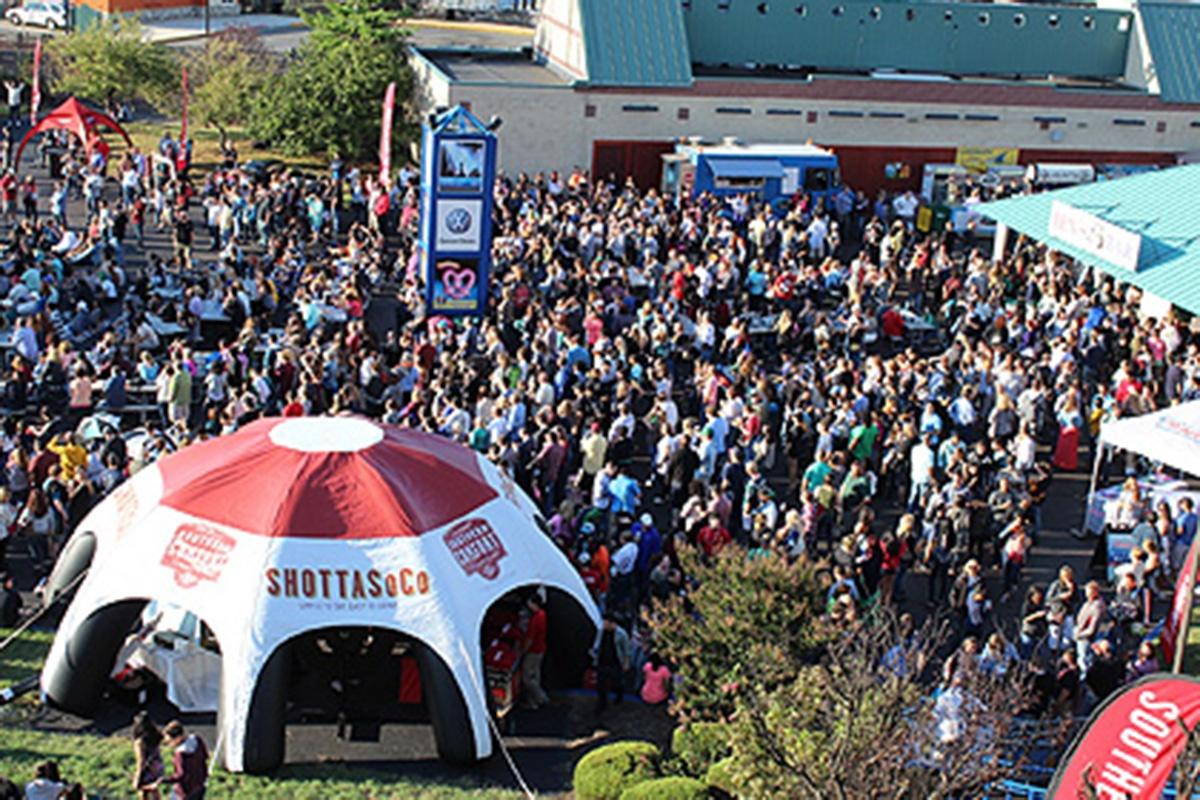 Because Red Moon Marketing specializes in results-driven programs using eye-catching creativity, they are well aware of the powerful impact inflatables can have.