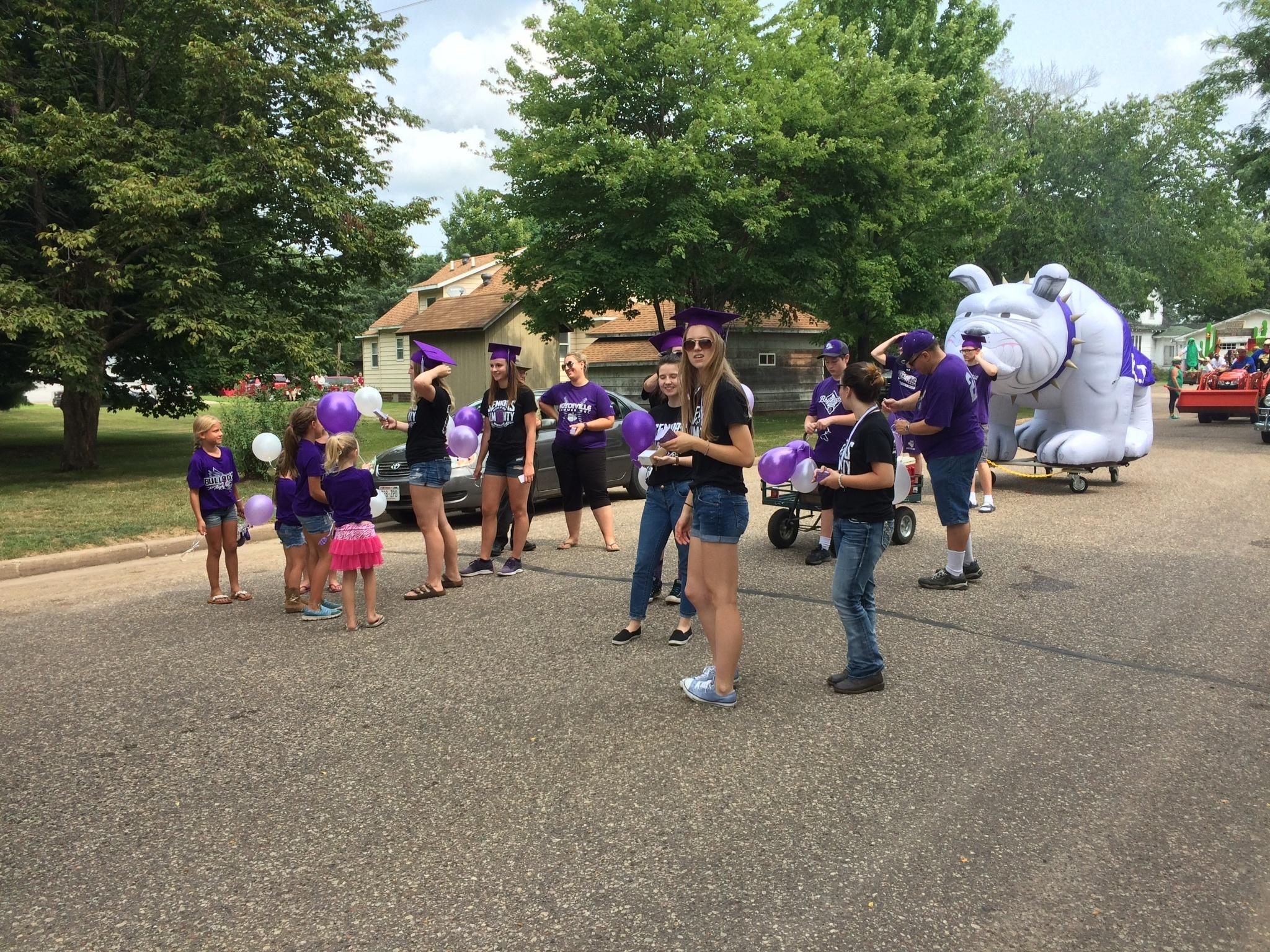 A brawny bulldog serves as team mascot for the Boyceville Community School District in Boyceville, Wisconsin.

So, when local fundraiser Jim Harvey was ready to commission a custom inflatable, he naturally thought in terms of an inflatable bulldog.

According to Harvey, B.E.S.T. wanted an eye-catching inflatable mascot designed to:

Two blankets top the 7-foot-tall dawg's broad back: one emblazoned with "B.E.S.T," the other adorned with the letters for BHS/BCS. The Velcro-backed "H" and "C" are removable and interchangeable with room for other logos as needed.

To transport the inflatable mascot, Harvey's team built a PVC frame with large caster wheels. And to keep it inflated on the go, they added a DC-to-AC inverter and two deep-cycle marine 12-VDC batteries. Result? The perfect rolling float for community parades.

According to Harvey, the "DAWG" received "tremendous accolades" at its debut in the Boyceville Annual Picklefest Parade. And it continues to make an impact at fairs, festivals, school events, and more.