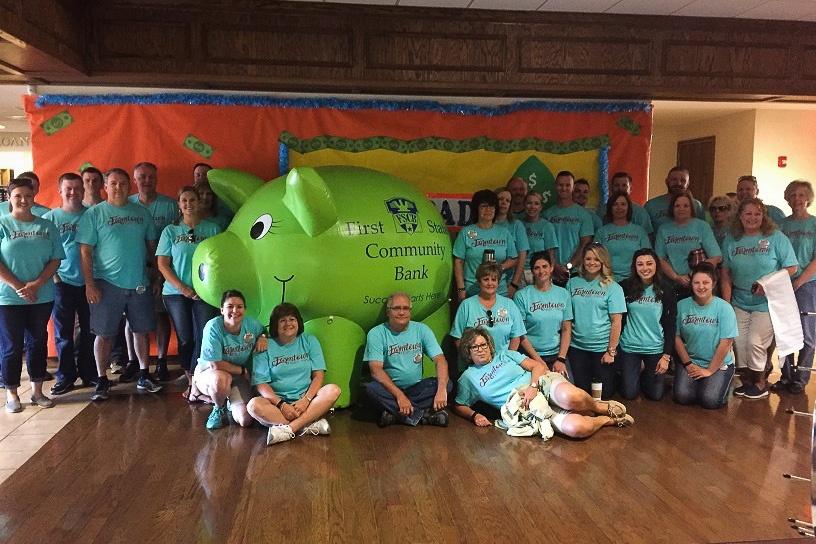 Custom Inflatable Replica Shows Kids How to Bank on Savings

Liz Humphrey wanted an inflatables company she could bank on.

As HR Benefits Specialist for Missouri's First State Community Bank, she was part of a committee considering float ideas for an upcoming parade.

"We didn't have a lot of time to work with," she says. "Our event was about one month away."

So, she turned to Landmark Creations. Could Landmark craft an inflatable replica of a cute, classic piggy bank in such a tight timeframe?

Best of all, the custom inflatable porker was ready to roll well in time for the parade.

Humphrey reports, "Landmark Creations was able to create our inflatable in a short amount of time so that we could have it on our parade float. The team was great to work with!"

At 6 feet tall and 4.5 feet wide, Piggum certainly stands out. And he serves as a fitting ambassador for First State Community's Junior Savers Account, which helps youngsters ages zero to 17 jumpstart their lifetime savings.

Why did First State Community choose Landmark? According to Humphrey, it started with a Google search. "We saw all of the different options that Landmark had available and contacted them right away."