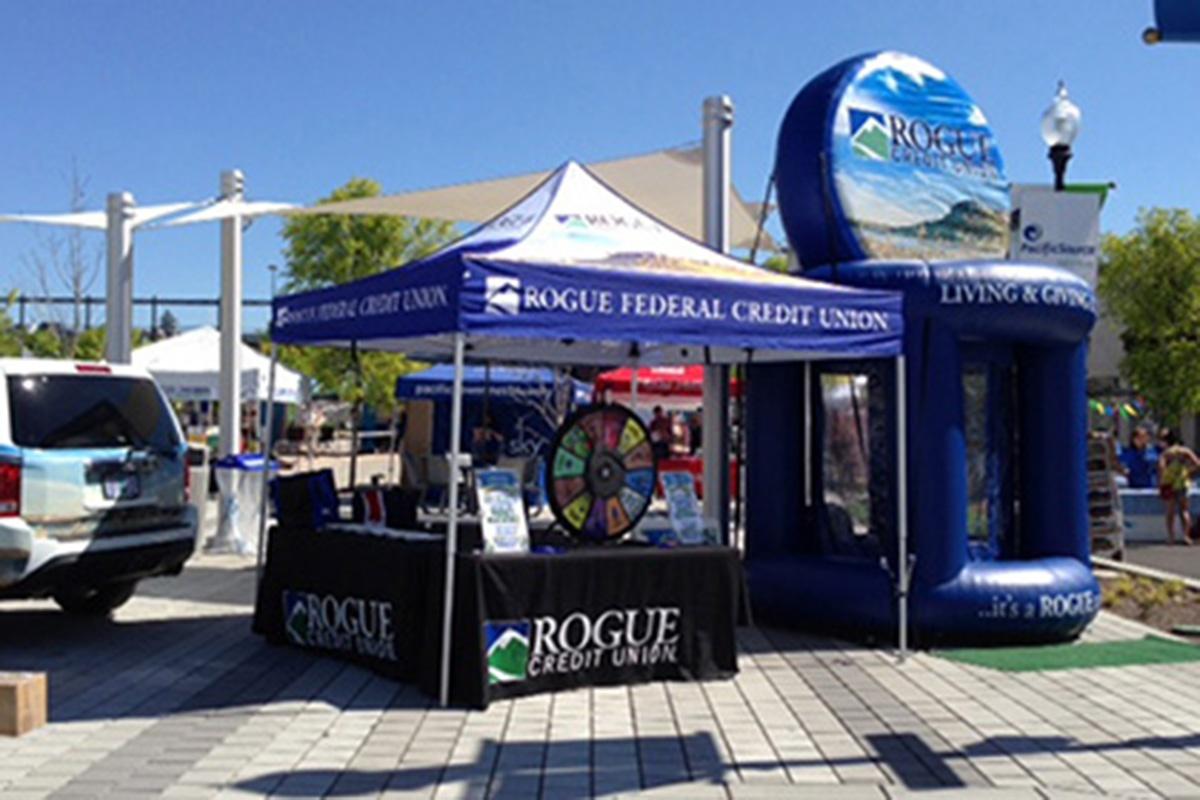 The pairing of an inflatable money machine and a local credit union is as natural as can be. Add to that, however, a few live events and you get a recipe for visibility and excitement that is hard to beat.

Rogue Credit Union, a financial cooperative in southern Oregon, wanted to take its community outreach efforts up a notch. After receiving a referral from a credit union in Idaho, Rogue chose Landmark Creations to produce its inflatable cash booth.

According to Kelsey Esqueda, Community Outreach Coordinator, “We’re actively involved in the communities we serve. We plan on using the [inflatable] money machine at community events, festivals, local sporting events and also in partnerships with car dealers.”

She continues, “So far, we’ve only had the money machine at one event – a large auto sale at the local expo. The [cash booth] is a fantastic visual – you can’t miss it!”

Cash booths aren’t just for financial institutions. They have the same impact when used by practically any organization. After all, who doesn’t want to win free money?