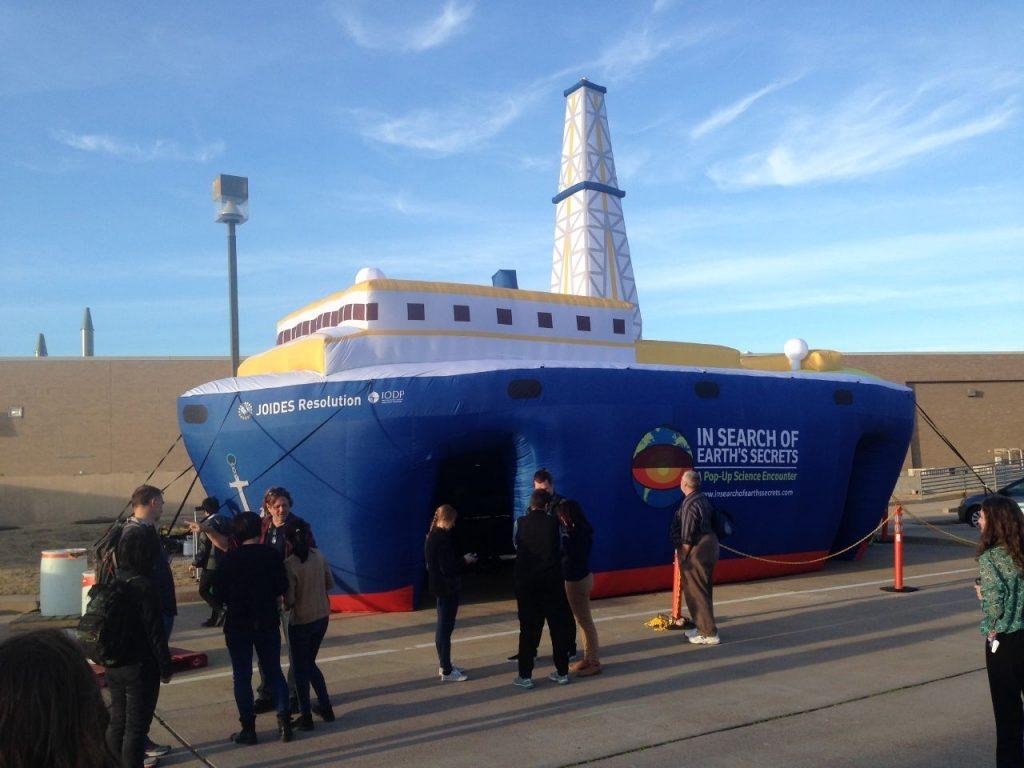 What can the ocean's deepest sub-floor tell us about Earth's ancient history? Plenty, according to the International Ocean Development Program (IODP). For years now, IODP has been drilling, coring, and monitoring the sub-seafloor in a quest to gain a greater understanding of our multifaceted planet.

At the heart of it all stands "JR": an exact inflatable replica of the famous JOIDES Resolution, IODP's flagship research vessel.

"[The inflatable replica] provides an incredibly compelling hook to get kids and the general public engaged and excited about science and technology," explains Sharon Cooper, IODP's U.S. Education Director. "Since it's impossible to bring large numbers of people to the ship, we are eager to bring the ship and its science to people wherever they are.”

Recently "In Search of Earth's Secrets" debuted in Martinsville, Virginia, where it drew enthusiastic crowds. In future months, the exhibit will move to Brunswick, New Jersey, and Brooklyn, New York. After that, it will travel coast to coast, stopping at areas currently underserved by science resources.

And "JR," the inflatable replica ship, will play a key role at every stop.