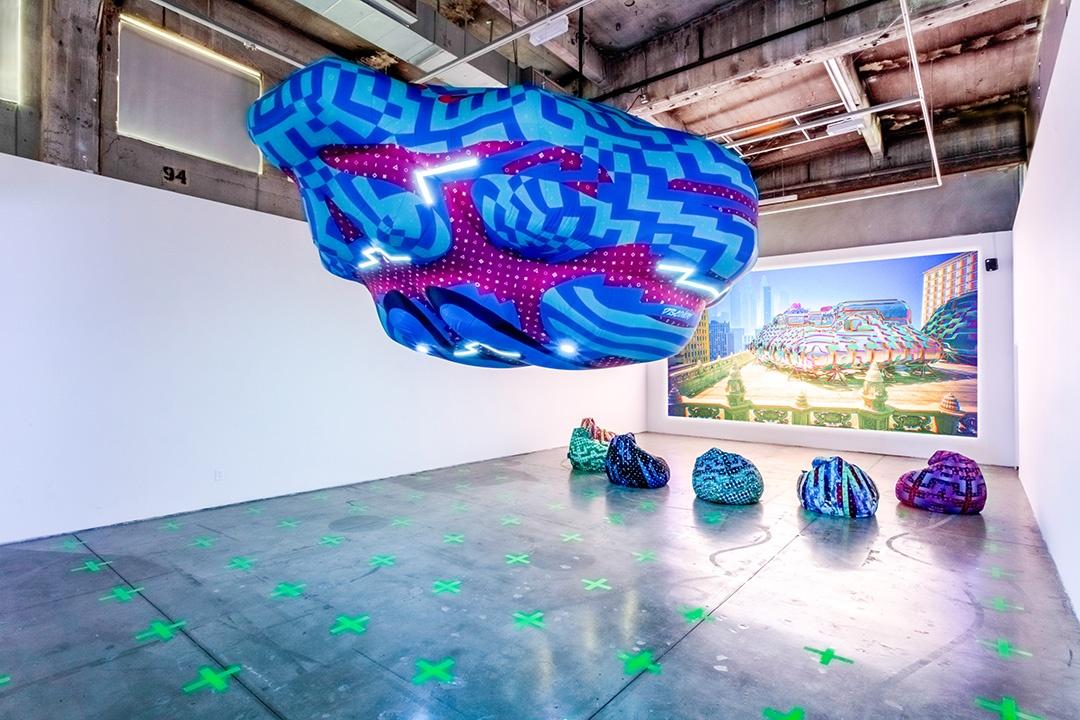 As co-founder and art director for Lifeforms.io, an LA-based design studio, she wanted to promote Discovery, her company’s major new video game inspired by the emerging culture of rooftop urban gardening.

To this end, she decided to build a promotional installation featuring a giant inflatable replica of the game’s main character.

But that’s where the challenge came in.

The character in question – also named Discovery – was a colorful floating airship with a unique brain-like shape and design. Most inflatables firms couldn’t begin to handle such a complex creative project.

That’s when Kljakovic asked her friends at design studio Pneuhaus for advice and suggestions. “[They] told us that Landmark Creations are the only ones that can make our dream come true,” she reports. “And they were so right.”

According to Kljakovic, it had a dramatic impact. “With the inflatable we made the whole exhibition more immersive,” she says, “and the audience more connected and involved with the art piece.”