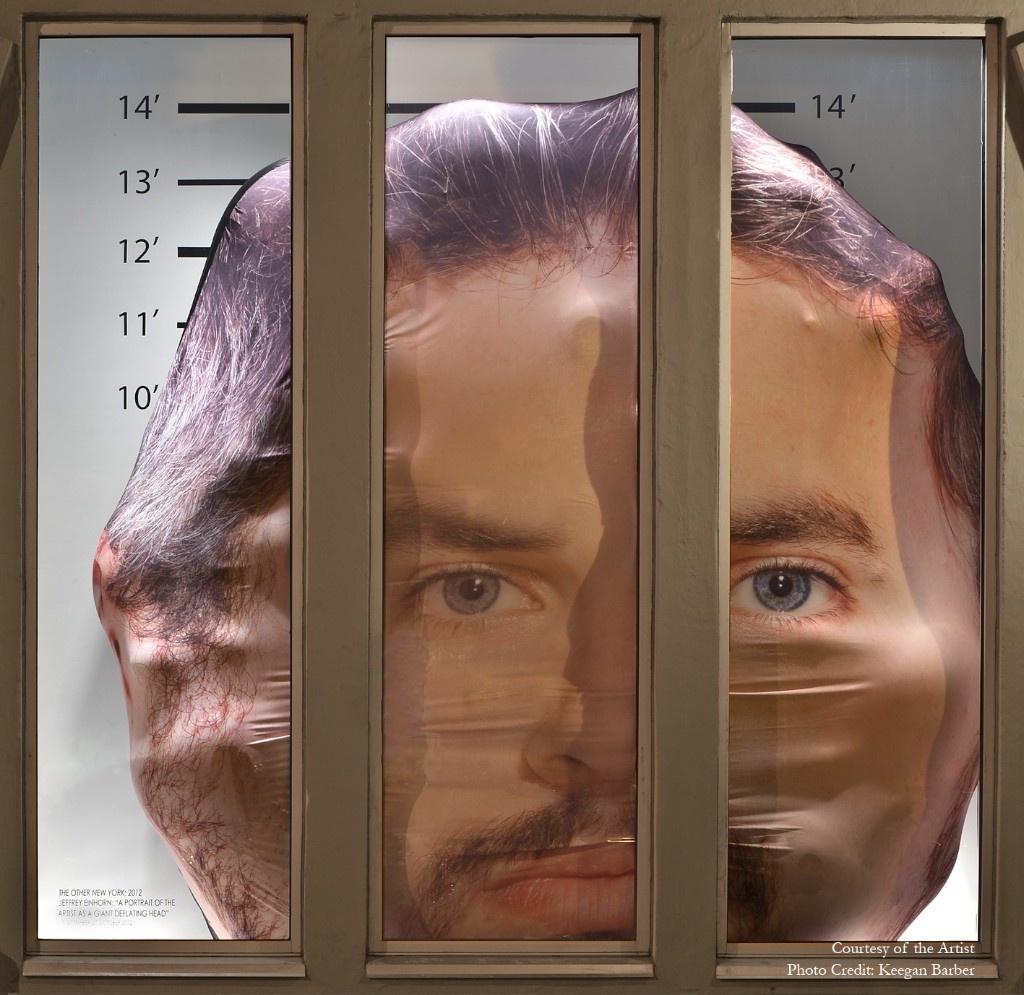 Typically, when we are commissioned to create inflatable artwork, the project is designed to remain inflated. However, Jeffrey Einhorn, a New York artist, asked us to design an inflatable head that would gradually deflate over time. Why? To make a point via his exhibition at The Warehouse Gallery.

According to Jeffrey, "The piece is supposed to be durational and meant to change over time. It's about the deflation process, and what it can physically do to the body. It was important to me, as an artist, that the viewer could participate, and watch the decline of the work."

Balloons such as these would normally be considered cold-air inflatables. However, this exhibit required a bit of rethinking in order to make it deflate slowly and progressively. The end result is a shell stuffed with large, latex balloons that (like any other balloons) gradually lose air. As they leak, the overall piece begins to shrink and change. Just the effect the artist was after for his exhibit.

We love the truly unusual ways inflatables are being used these days. We've come a long way from the time of inflatables performing strictly as marketing tools. It's exciting to watch them adapt and morph into so many roles.

Get an Estimate for Your Project