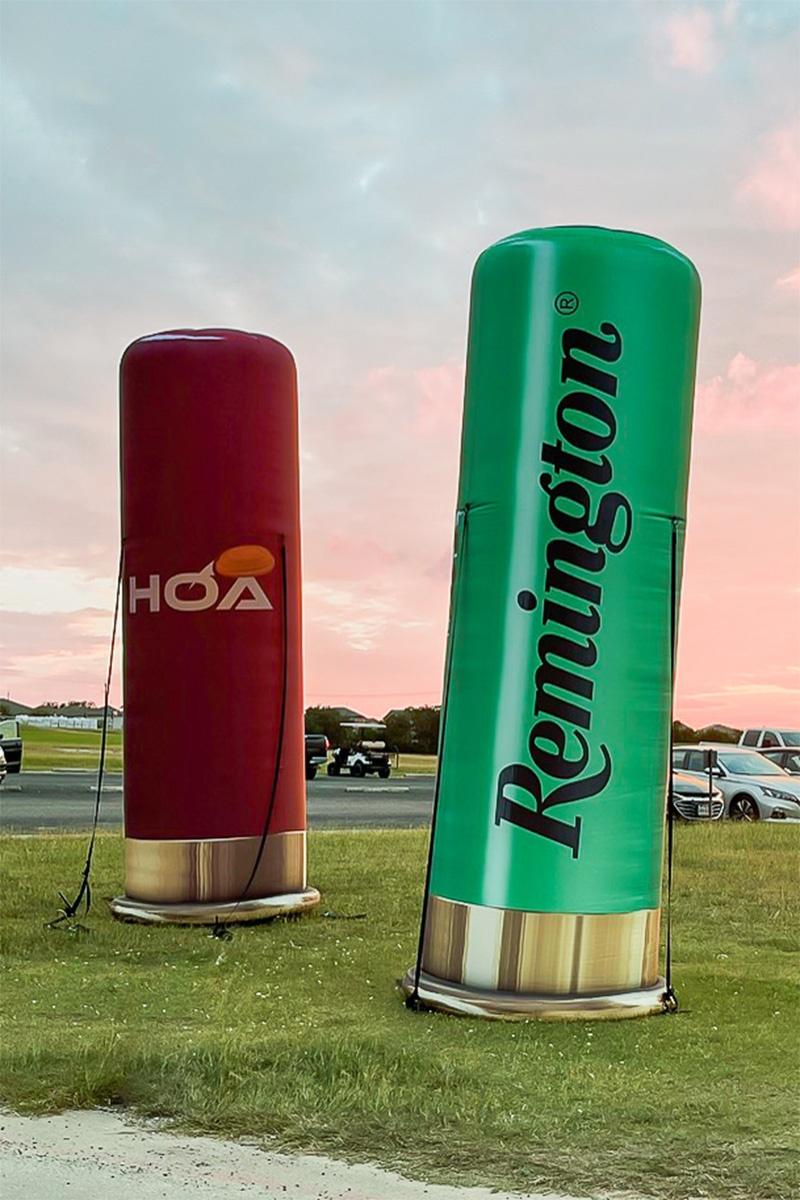 Each fall the National Sporting Clays Association hosts its nine-day national tournament, where shooters from across America compete for coveted trophies. It’s the year’s biggest event for this challenging sport – sometimes dubbed “golf with a shotgun” – and it draws an impressive crowd of clay shooting enthusiasts.

That kind of crowd – expert and engaged – provides the perfect target market for Federal and Remington Ammunition, a leading maker of shotshells and other ammo.

That’s why Jason Nash was so determined to make an impact at 2021’s Sporting Clays Championship. As Federal and Remington’s VP of Marketing, he wanted to install a vendor display that would absolutely wow attendees...and build brand awareness in the process.

So, he turned to Landmark Creations.

Under Nash’s guidance, Landmark designed and built a giant inflatable replica of a Remington shotgun shell. Towering 15 feet high and weighing 32 pounds, this huge custom inflatable exactly resembles a genuine shotshell – from its shiny green casing down to its gleaming “brass” base.

Throughout the 2021 Sporting Clays Championship, the custom inflatable shotshell garnered lots of buzz and attention. In fact, it worked so well to boost brand visibility that Nash now plans to use it at other sporting venues. He has even ordered additional shotshell replicas for upcoming events.

Giant Inflatable Arch Gets Cross-Country Team to the Finish Line