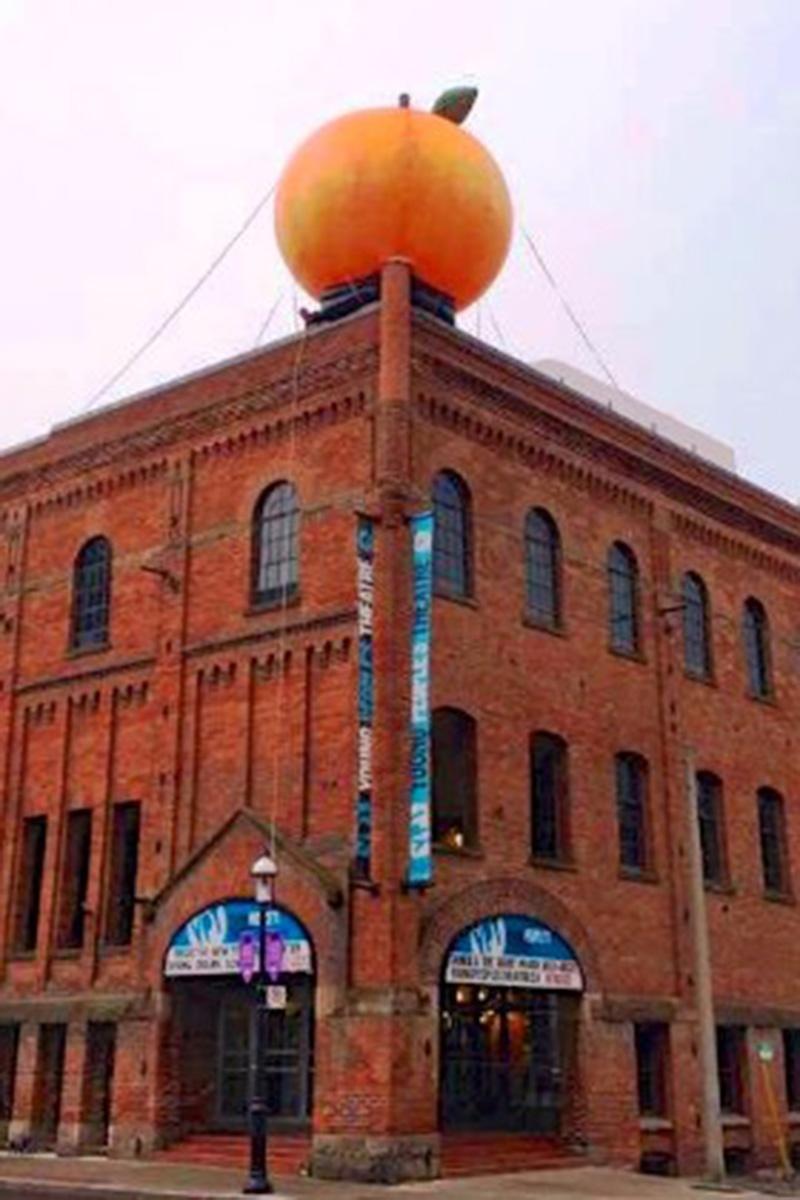 How do you best garner attention for your live performance of "James and the Giant Peach"? With a real-life giant peach, naturally. And that's just what one theater company did. By all accounts, the results were predictably peachy.

In the classic children's tale, one scene stands out. In it, the giant peach lands atop the Empire State Building, creating quite a spectacle. Young People's Theatre in Toronto wanted to recreate the scene during the show's run, and they had just the setting to pull it off. Housed in a three-story building on a busy Toronto street corner, the theater was the ideal substitute for the famous location, and the effect was certainly attention-grabbing.

Not only did the local press take notice, but social media mentions increased as well, giving the show an added bit of fame. Theater-goers loved being a part of the inside joke, and the Director of Production feels it worked to get the crowd excited about each performance.

Who would have thought a giant inflatable fruit sculpture could be so sweet?