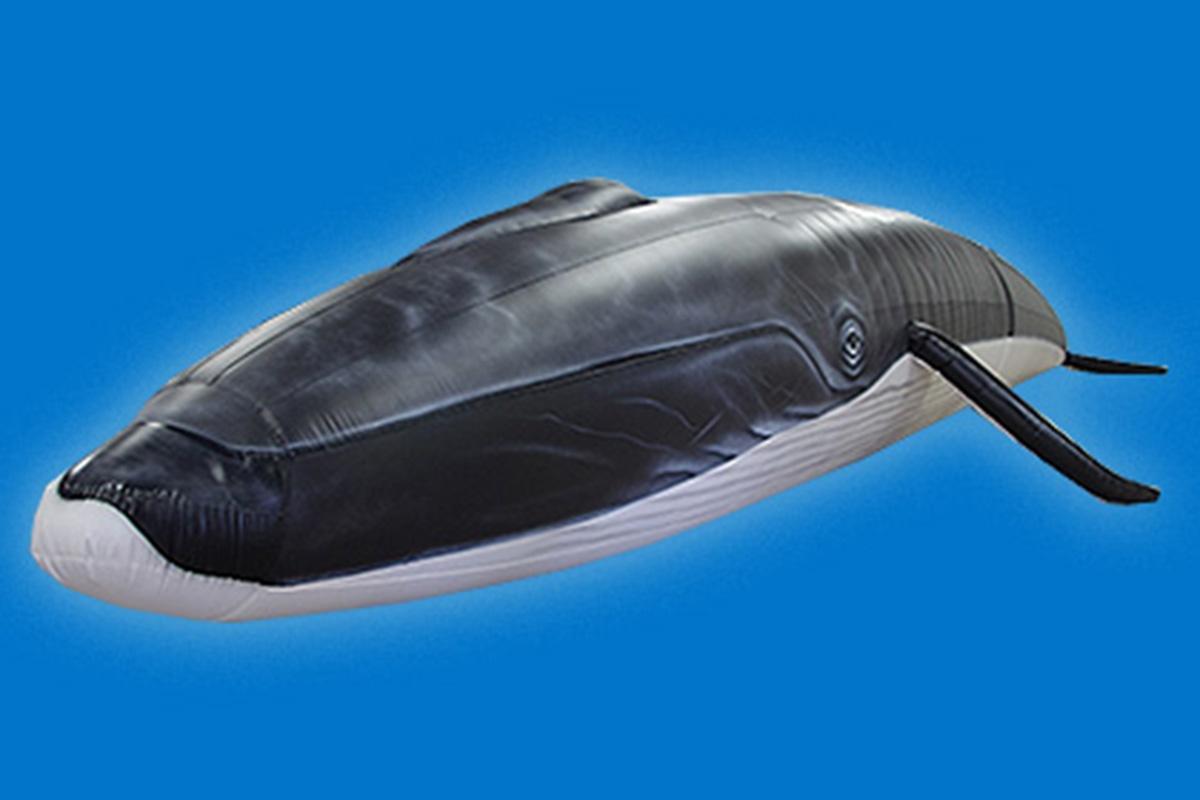 Unless they live near an ocean (and have extremely good timing), most adults and children will never see an actual fin whale. It's a shame, really, because they are such massive and amazing animals.

That's one reason the Blue Ocean Society set out on a mission to protect marine mammals in the Gulf of Maine through education, research and conservation.

It's difficult to bring kids to the ocean, so, with a bit of help from Landmark Creations, the society delivers a whale inflatable wildlife replica to the children. In the wild, fin whales typically reach around 89.5 feet. In the classroom, however, they grow to 65 feet.

According to Jen Kennedy, Executive Director of the Blue Ocean Society, "Ladder, the fin whale, is modeled after a real fin whale that has been seen in the Gulf of Maine waters. In addition to realistic markings on the outside, the inside of Ladder features ribs, a heart and lower jaw bones.

"This inflatable replaces a worn-out, handmade inflatable that we have been using for 13 years. Using a model of a real whale that we've been studying since 1996, we hope to teach students about whale anatomy, biology, research. and, conservation, and help inspire them to protect the marine environment."

An admirable undertaking, if we do say so.

Want to turn your 'adopted' animal into a large inflatable wildlife replicas? Contact us today!