Landmark Creations Inflatables Wow Audiences All Over the World

“All the world’s a [concert] stage.” Sometimes it literally feels that way here at Landmark Creations. In recent years, we’ve constructed a wide range of custom inflatables for rock, pop, and country bands – always with plenty of creative input from the artists themselves. Here are a few examples. 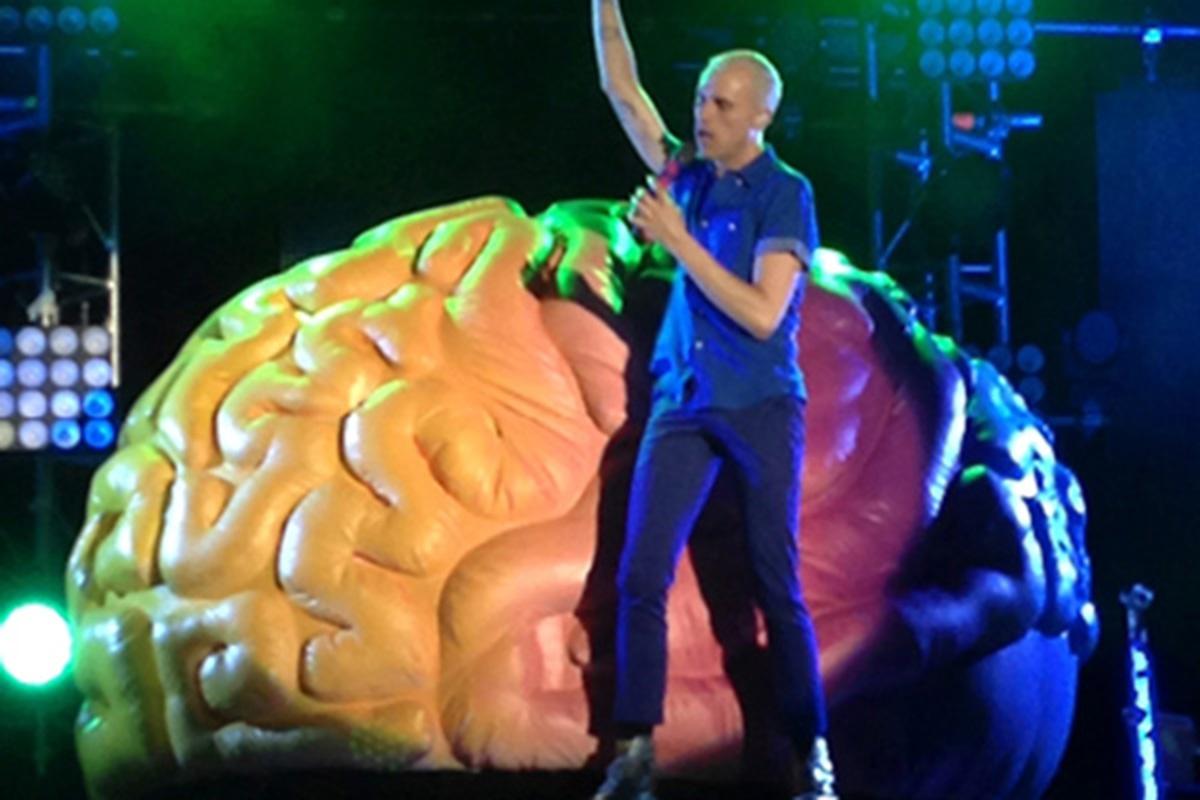 Custom-Built for Neon Trees: A 3D Inflatable Replica of a Human Brain

When Utah rock band Neon Trees were preparing to launch the summer tour for their album “Pop Psychology,” they wanted a fitting stage prop: an inflatable replica of the colorful brain featured on their album cover. Landmark Creations rose to the challenge. With the stage designer’s guidance, we built a 6-foot custom inflatable brain, realistic right down to the tiniest detail. Weighing in at 45 pounds, the giant inflatable made a powerful impact at every performance throughout the Neon Trees tour. 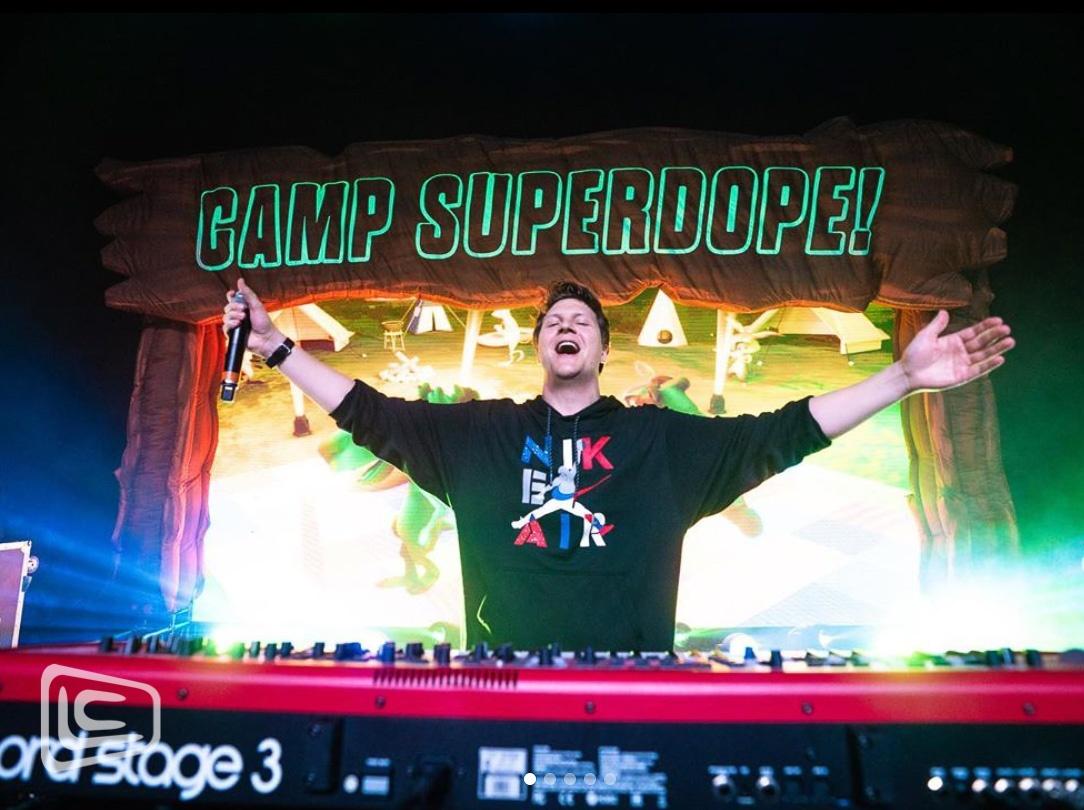 For Camp Superdope!: An Inflatable Arch with an Authentic Camping Vibe

When Raleigh, NC-based Life Is Art Studio needed a stage design for the Camp Superdope! touring DJ show, Landmark came through once again. This time we crafted an inflatable arch – complete with rustic “wooden” beams – to convey the show’s camping theme. The custom inflatable was a huge hit with audiences. Plus, it was easy to set up and take down, so it worked perfectly for the show’s multi-city tour. 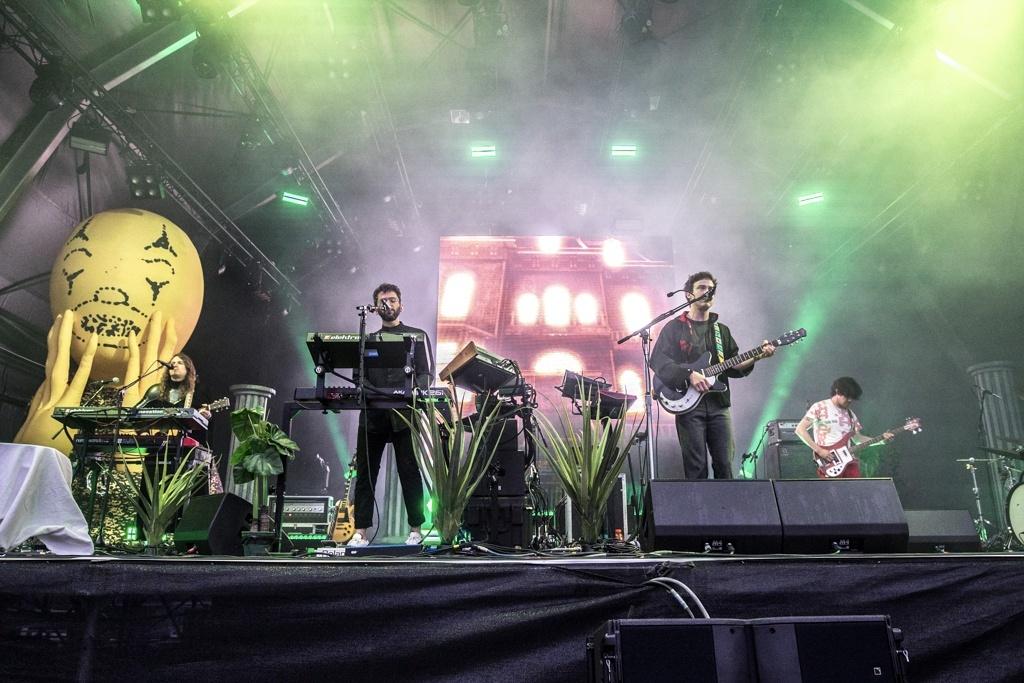 For MGMT: An Album Sketch Transformed into a Stage Prop

Indie-synth-psychedelic band MGMT came to Landmark with a challenging request: Could we recreate the sad little clown face on the cover of the group’s “Little Dark Age” album?
Yes, we could, and we did – with MGMT’s guidance, of course. Using the cover art as direction, we created a giant inflatable replica of the creepy little critter, realistic right down to its long, rubbery fingers. Tour audiences loved it, and so did MGMT. 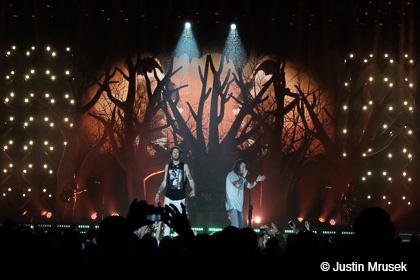 For Florida Georgia Line: A Forest of Inflatable Trees

When country band Florida Georgia Line was planning their “Dig Your Roots” world tour, they figured giant trees would provide an appropriate backdrop. But it’s hard to haul real trees around the globe. So, the group commissioned Landmark Creations to construct an entire forest of custom inflatable trees, complete with intricate branches. Concert goers were impressed with the ultra-realistic inflatables. Many people even asked what the trees were really made of! 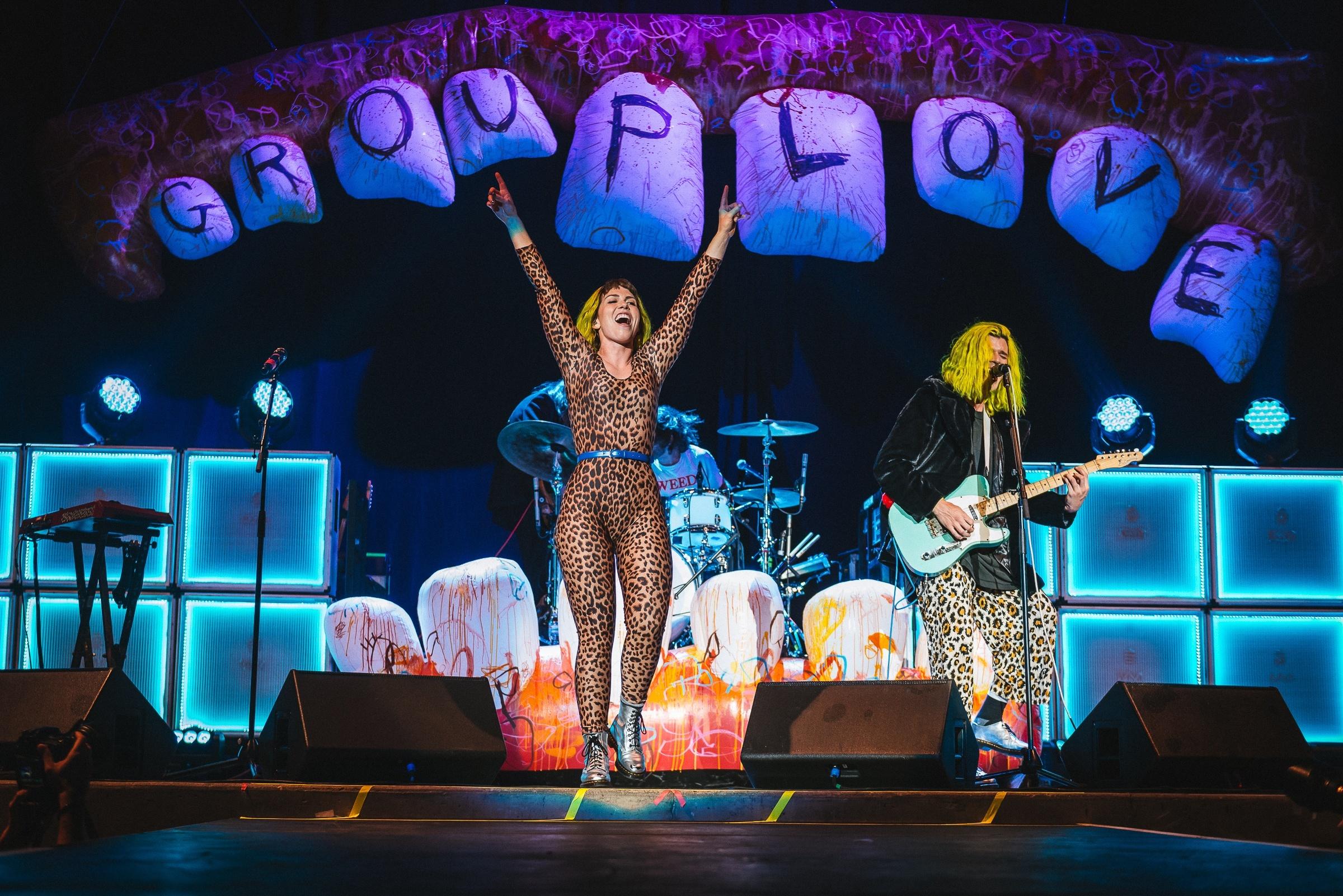 For Grouplove: An Inflatable Arch with Extra Bite

Alternative rock band Grouplove needed something totally different: a full set of teeth, complete with gums. Could Landmark create such a complex inflatable in time for an upcoming tour? Of course! With Grouplove's input, we built a giant inflatable arch resembling an upper and lower jaw. To top it off, Grouplove lead singer Hannah Hooper hand-painted the teeth with the band's name plus plenty of spidery "cracks."

Planning a Concert or Other Performance?
Consider inflatable stage props. They’re easier to deal with and more economical than traditional scenery. Plus, we can customize them to precisely fit your creative vision, album art, and tour theme.