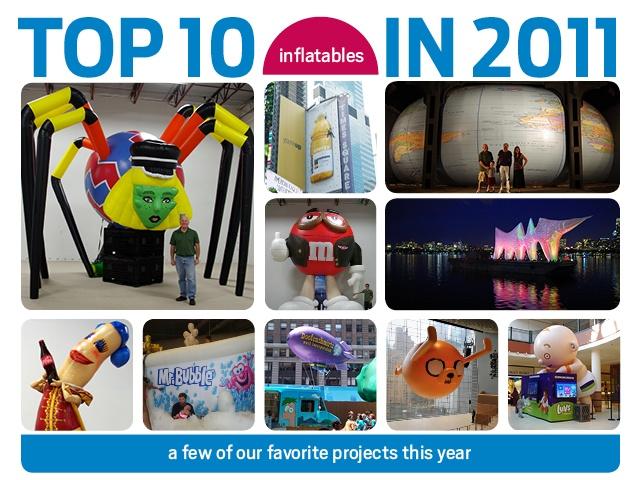 With 2012 around the corner we are proud to announce our top ten inflatable projects from 2011. After considering over 3,600 images, we have selected the most jaw-dropping, awe-inspiring and impressive inflatables to showcase our phenomenal past year.

Designed and manufactured for companies all over the world to increase traffic, create emotional connections and make customers simply say, “wow!”  We can’t help but stare at these great inflatable designs and applaud our wonderful customers of 2011. 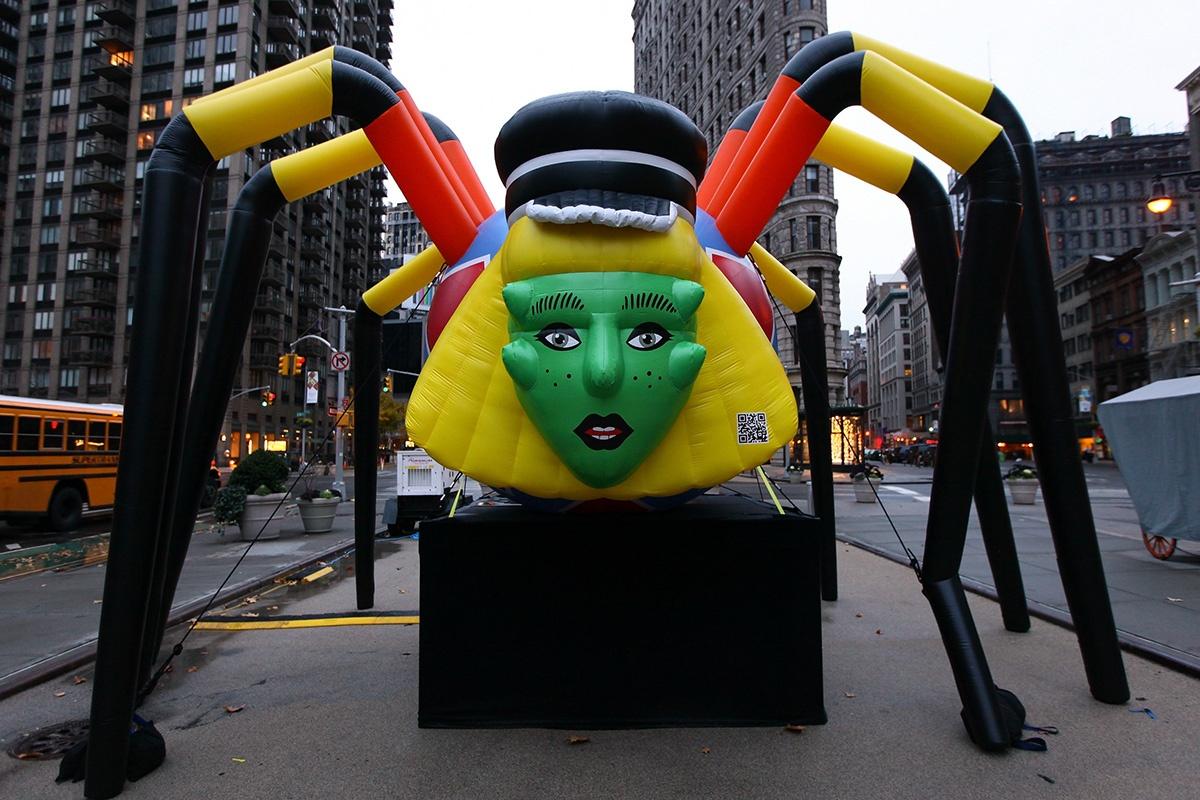 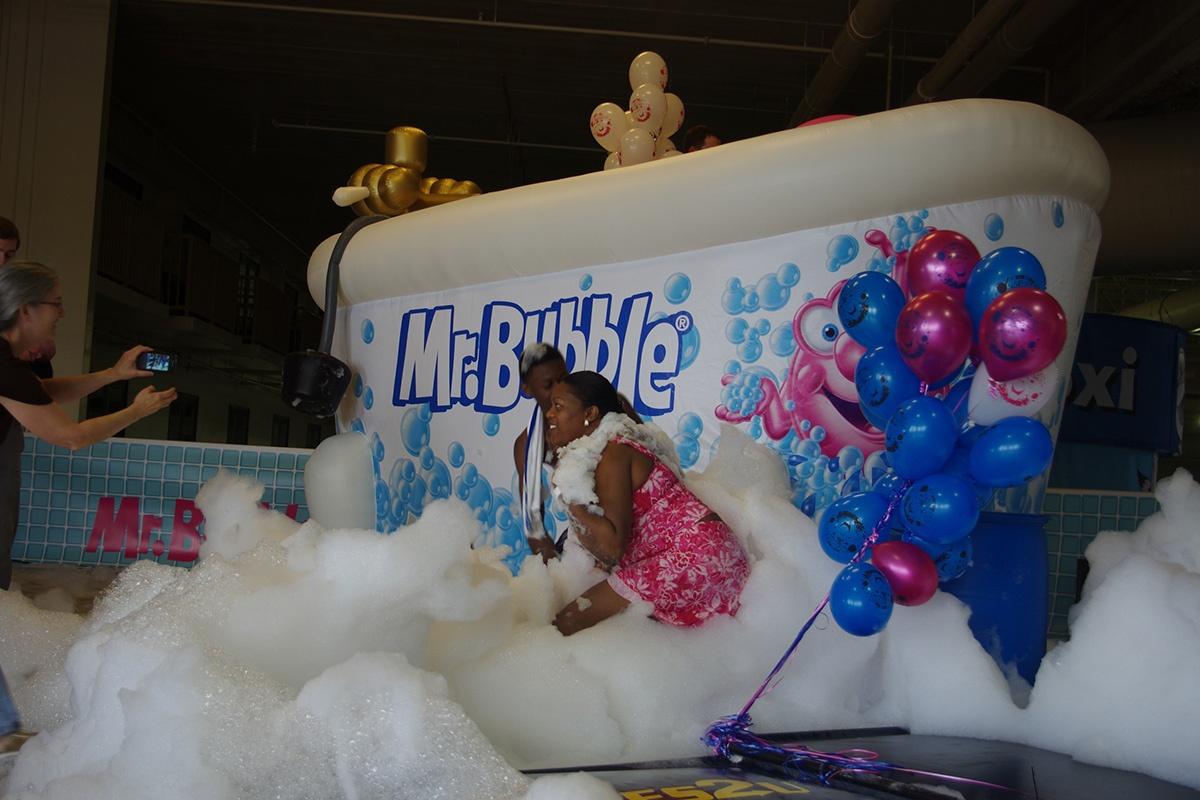 This giant, inflatable bathtub was used as a centerpiece for Mr. Bubble’s 50th Anniversary party at the Waterpark of America. 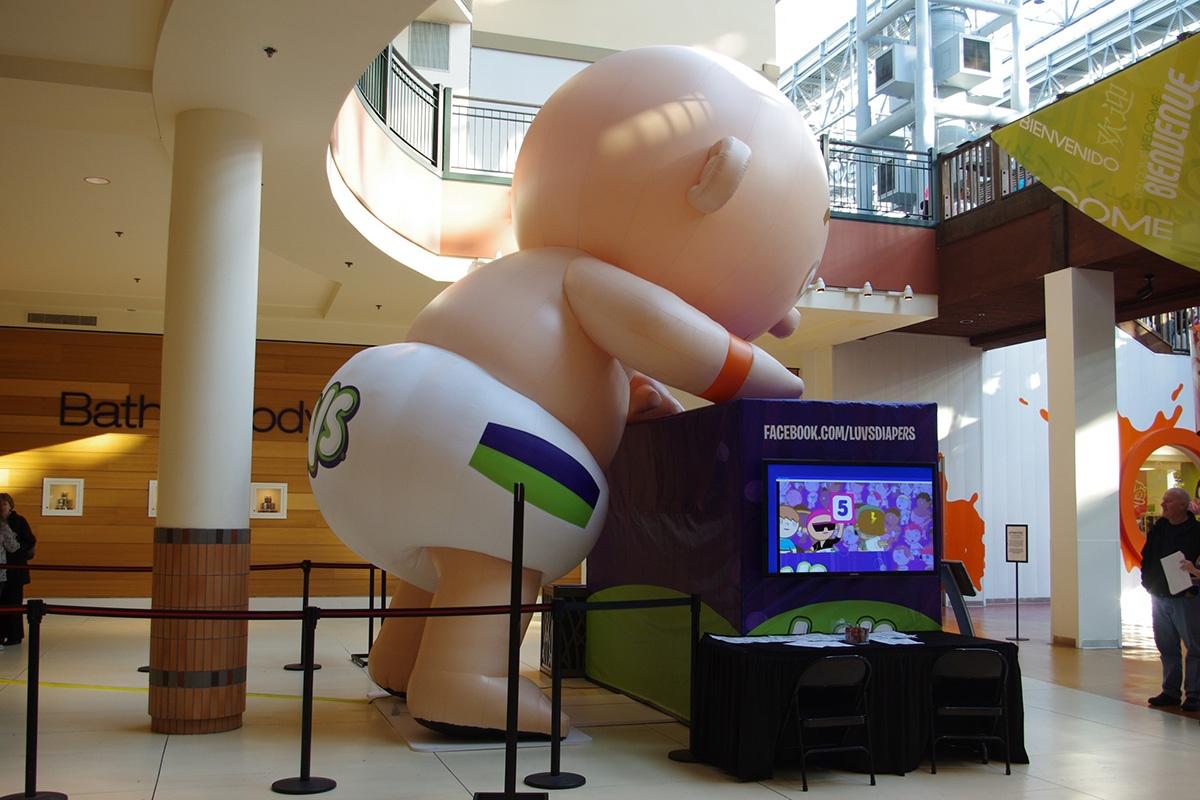 An extension of Luvs “Heavy Dooty Blowout Challenge” campaign, this inflatable baby was placed inside the Mall of America. With the participation of guests diaper donations were made to Project Night. 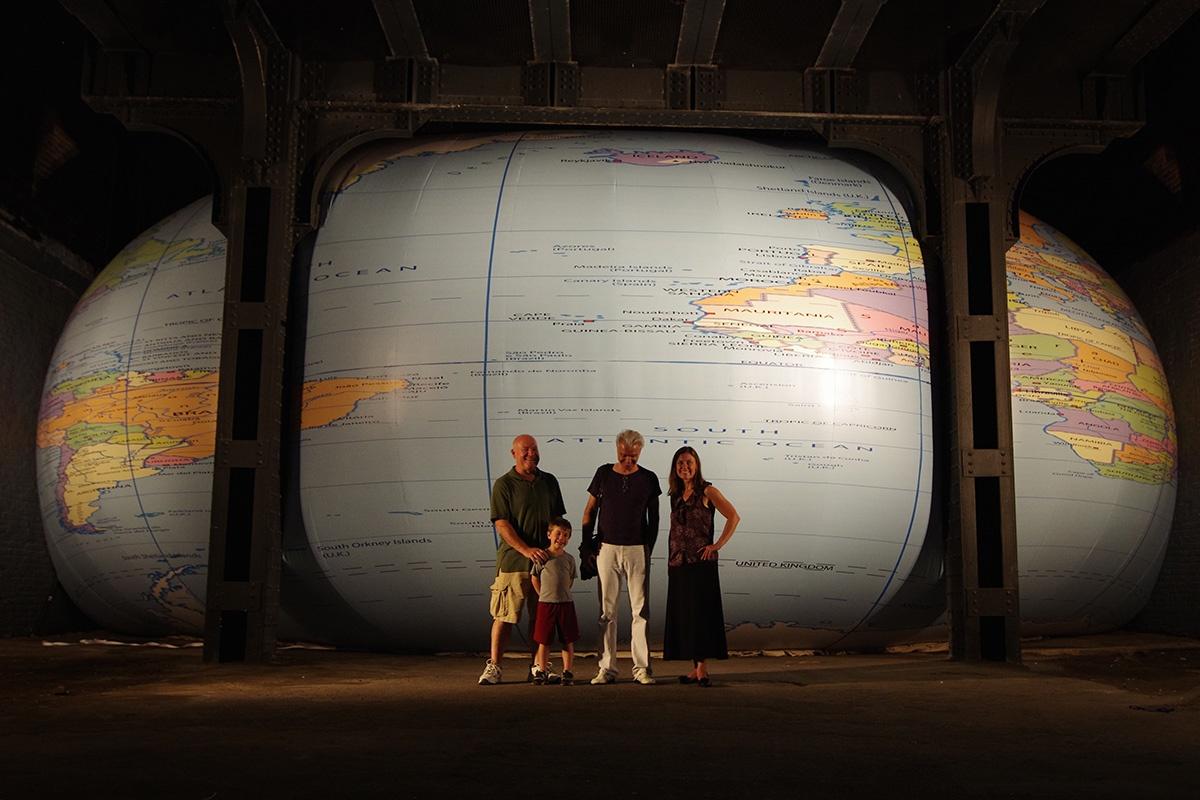 When Pace Gallery asked David Byrne to create a sculpture he designed this incredible inflatable globe.  With help from Landmark Creations it was positioned under the High-Line in New York City. 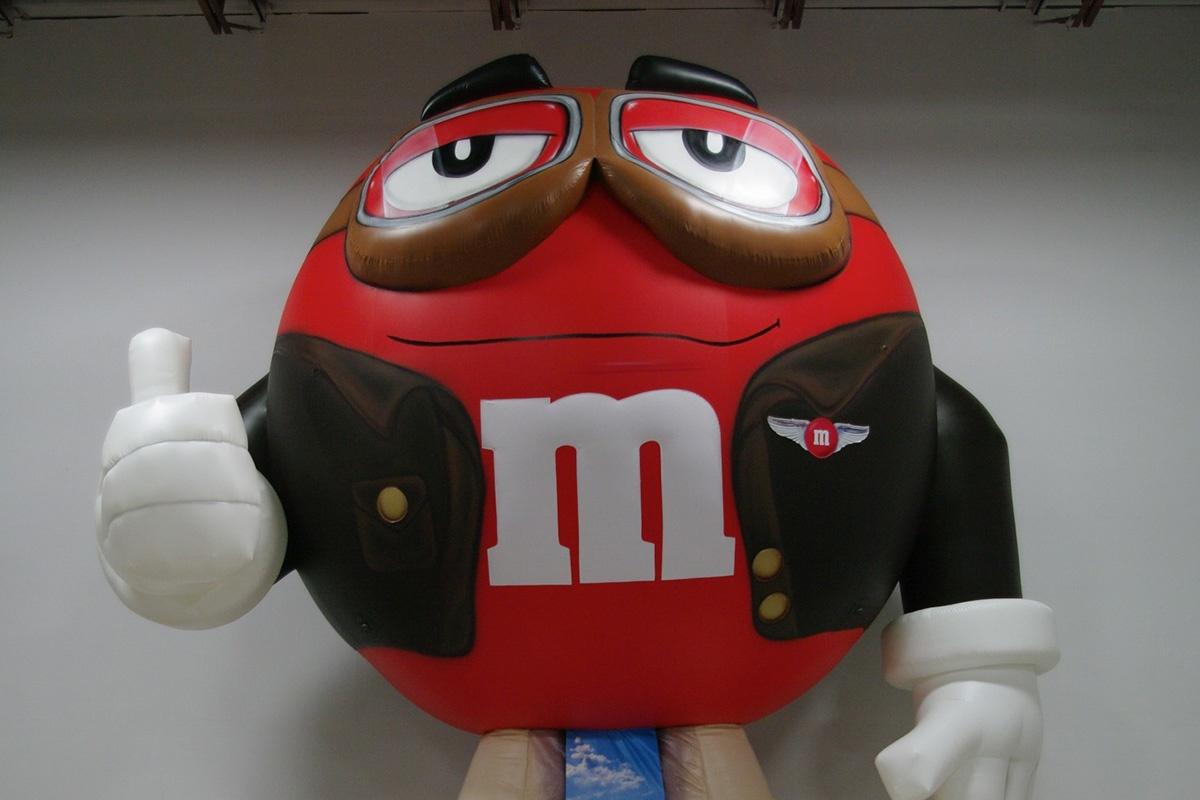 This massive inflatable aviation-themed M&M character was placed at the Mars Theater in Oshkosh, Wisconsin during the annual Experimental Aircraft Association Air Show. Adding fun features like the aviation goggles and bomber jacket to the character increased attention by visitors. 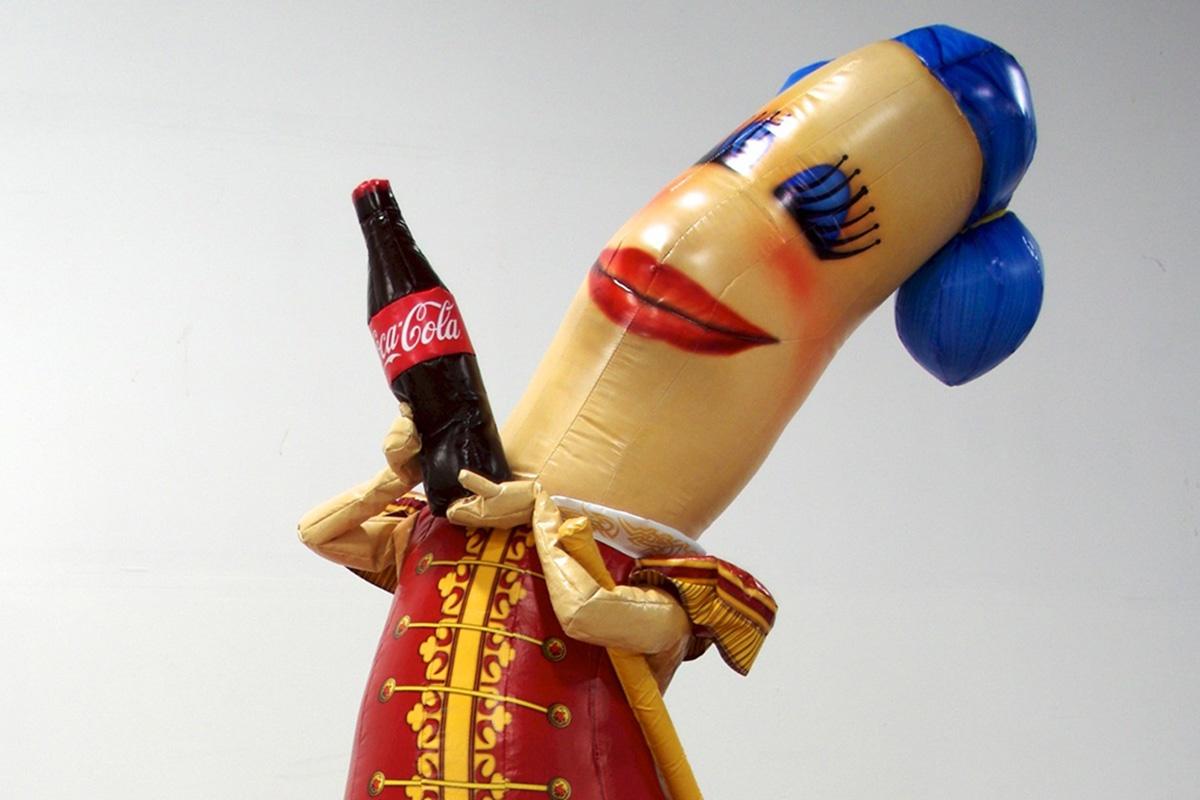 Coca-Cola used this custom inflatable character to promote their 125th Anniversary and the launch of the Happiness Factory campaign. This fun and entertaining display helped customers connect with the Coca-Cola brand. 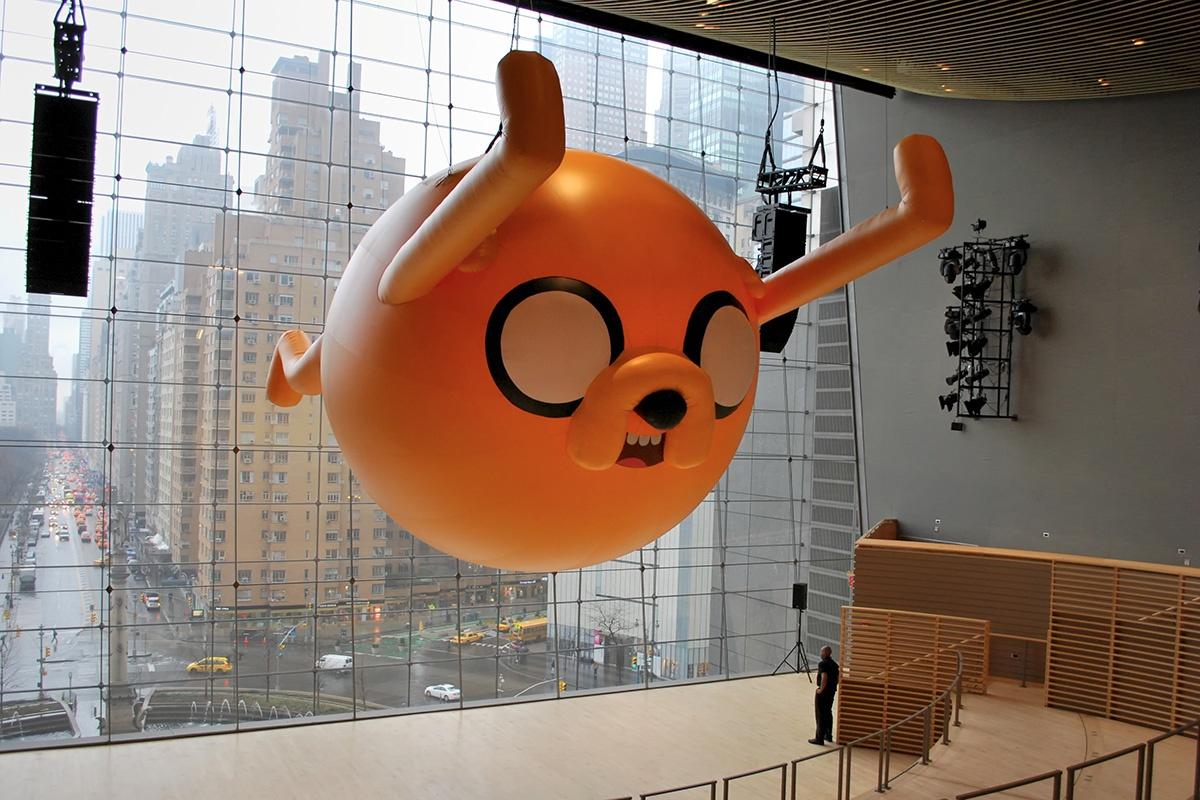 Displayed in New York’s Lincoln Center this Cartoon Network character, Jake, floated above those visiting for their Upfront Presentation. Custom inflatables like this add drama, shock and awe to any event! 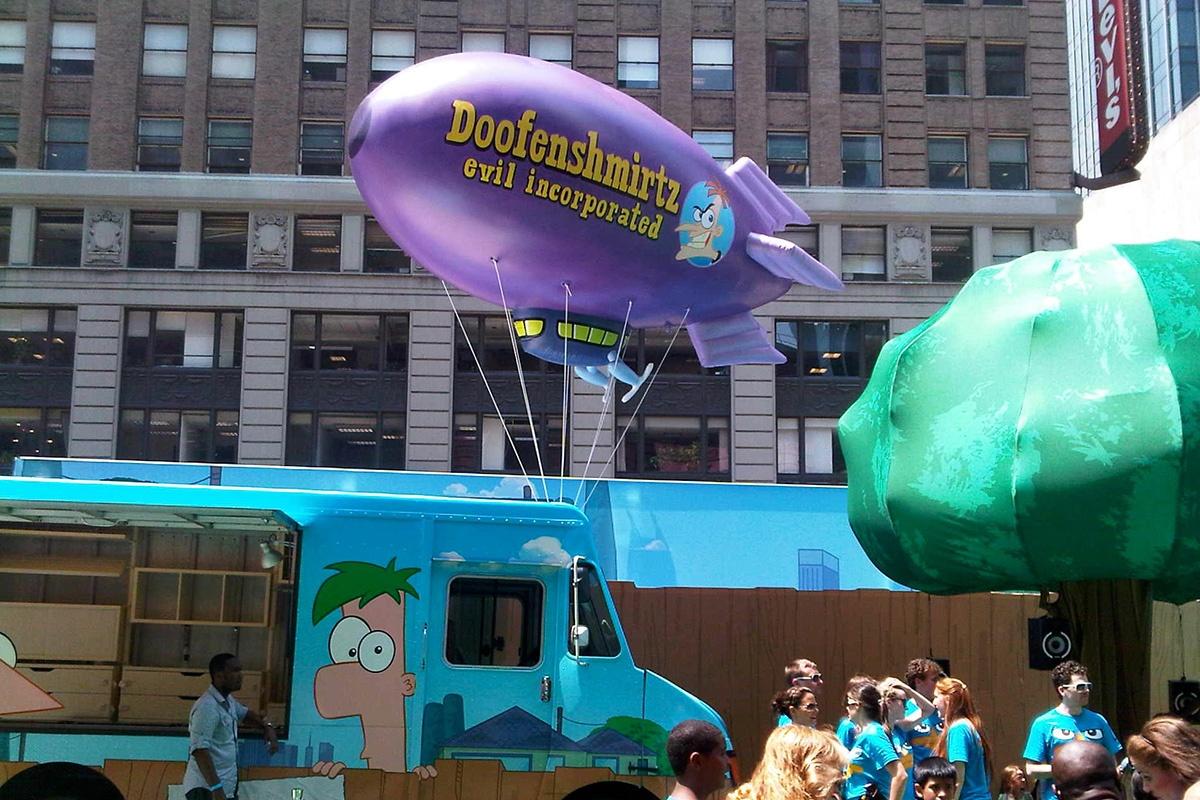 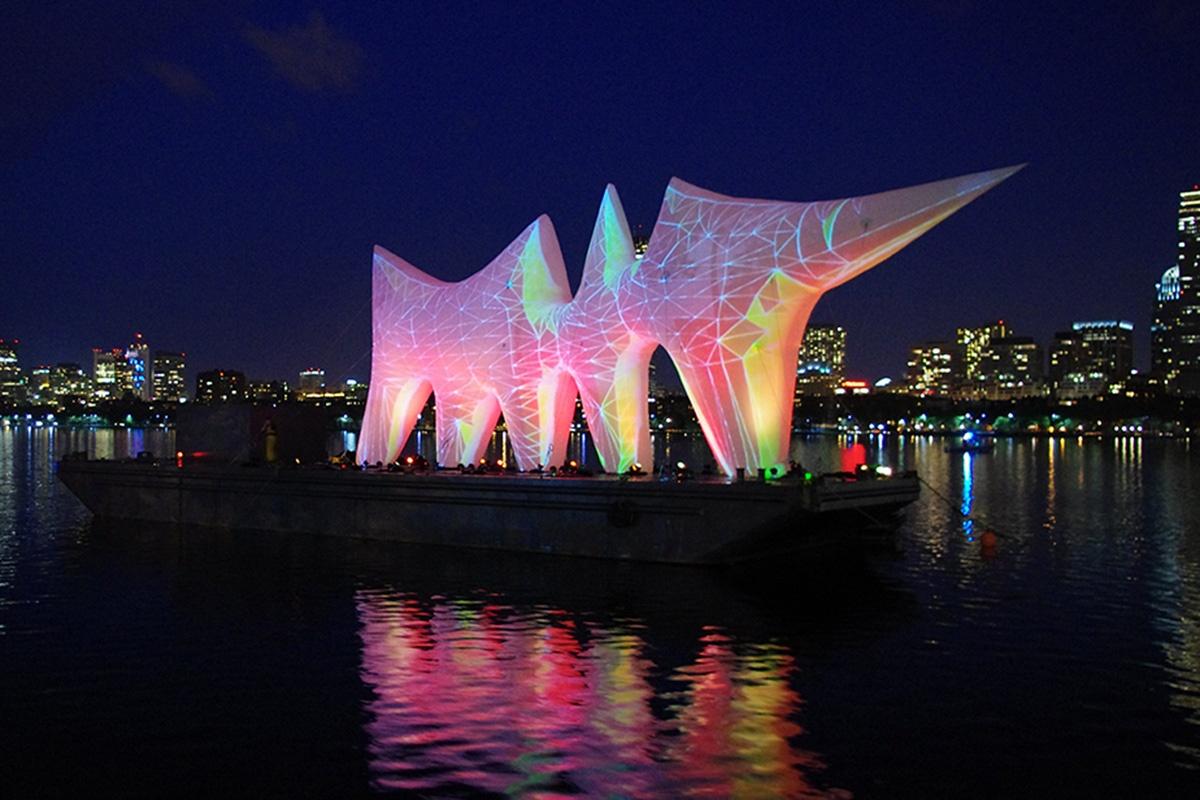 To celebrated MIT’s 150th anniversary, artists and professors Nader Tehrani and Gediminas Urbonas designed this inflatable movie screen.  Placed on the Charles River in front of MIT it projected a series of environmental artworks to promote Liquid Archive. 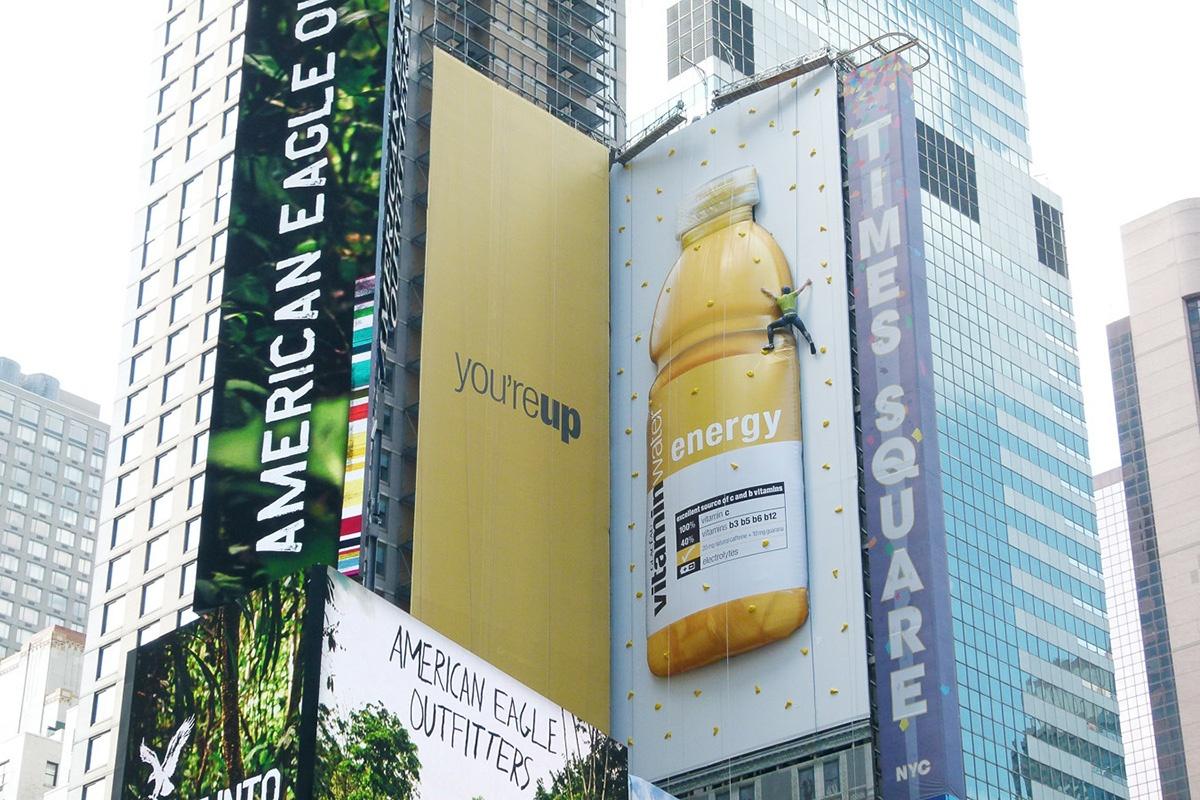 Placing a 100-foot inflatable Vitamin Water Bottle billboard in the middle of Times Square got the attention of thousands. A great way to get creative with advertising.