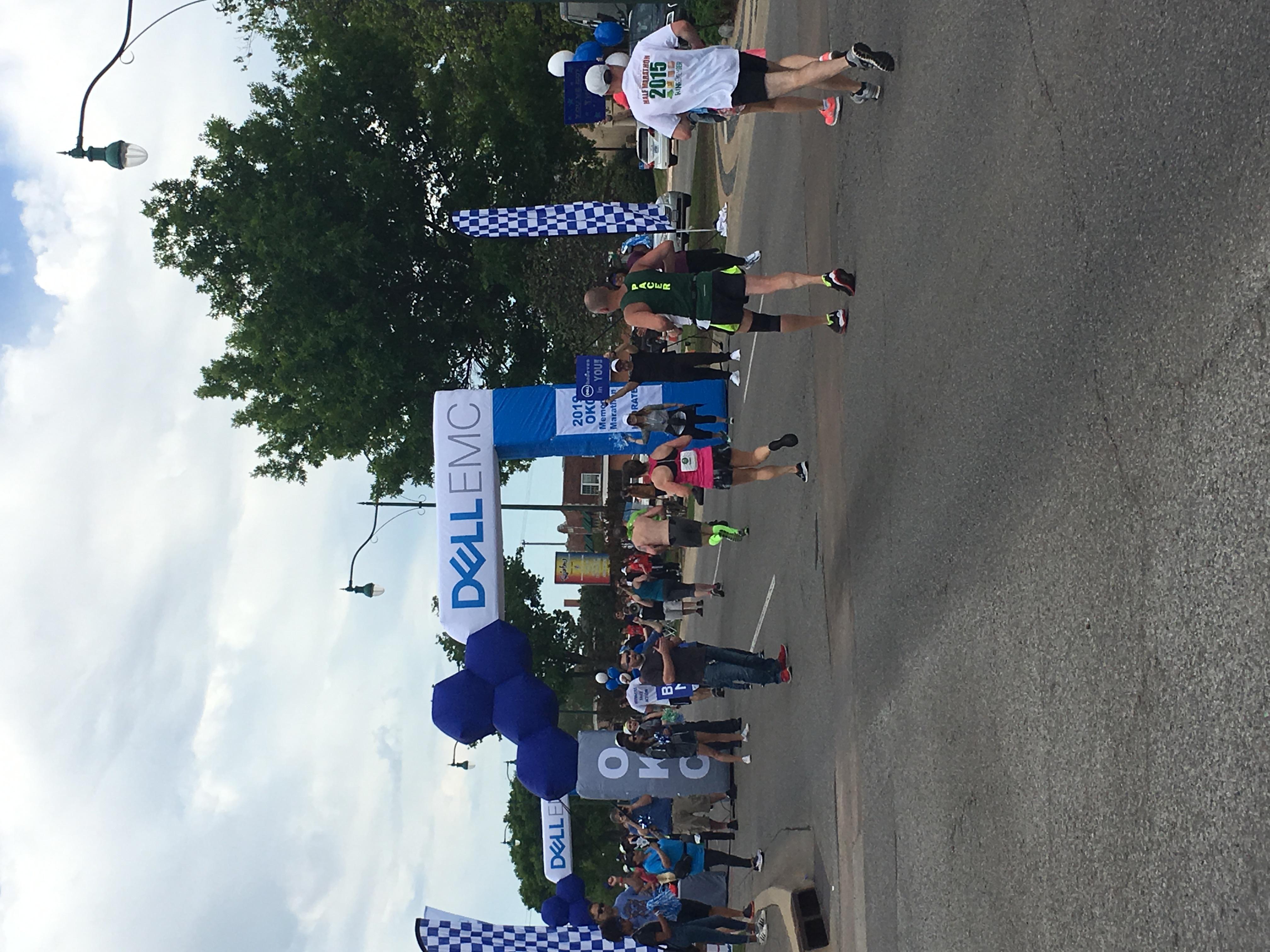 It started out at as a way to build brand visibility at a local marathon. Now it has become so much more.

The Dell EMC inflatable arch was commissioned by Ben Stephenson, lead for the firm's Community Service Committee. As he explains it, "the initial project was to increase our presence at our water stop for the Oklahoma City Memorial Marathon."

To that end, Stephenson turned to Landmark, and Landmark came through. The finished custom inflatable stands 15 feet high and 21 feet wide and weighs 156 pounds. Designed as a double arch, it features a complex cluster of interconnected "molecules" – a marvel of inflatable craftsmanship.

According to Stephenson, the inflatable arch quickly became a huge hit.

"On multiple occasions we received confirmation that the arch helps build out the best water stop on the marathon."

"This year a local TV station broadcast just in the front of our water stop, using the arch as a backdrop. We already have a number of requests to have these arches appear at multiple community engagement events," says Stephenson.

Why did Dell EMC OKC choose Landmark Creations? Landmark was "quick to respond," Stephenson reports. "Plus, they had a great idea and delivered as promised."