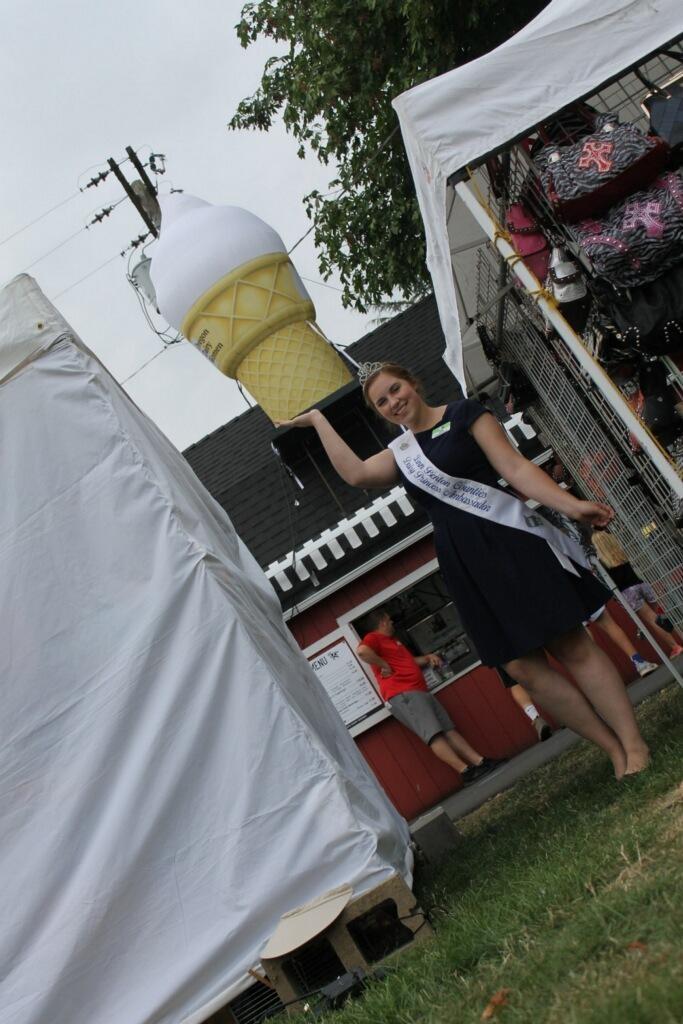 Who can resist a delicious ice cream cone? Not many people, according to Jessica Jansen, a volunteer with ODW (Oregon Dairy Women).

That's why ODW maintains an ice cream booth at the annual Oregon State Fair. The non-profit organization seeks "to promote greater use of all dairy products through outreach and educational programs." And what better way to reach this goal than by serving up everyone's favorite dairy product – ice cream?

But Jansen and ODW wanted to make the booth even more impactful. To that end, they commissioned Landmark Creations to build a custom inflatable ice cream cone.

With Jansen's guidance, Landmark crafted a giant inflatable replica of a classic golden sugar cone loaded with luscious ice cream. It towers 6 feet tall, and it's so realistic it almost makes your mouth water!

According to Jansen, the custom inflatable has been a huge success.

"We revealed the ice cream inflatable at the Oregon State Fair this past summer, where customers commented on how it drew them to the booth from across the fairgrounds," she reports.

Jansen plans to feature the inflatable replica at future fairs and festivals. "We are excited for this display to become an iconic part of our booth and the Oregon State Fair for years to come!"