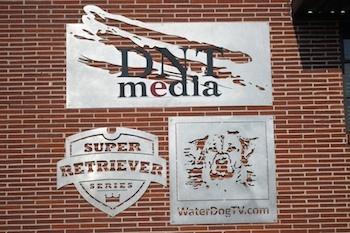 Everywhere you look, you see advertising. And, if you're like most people, you ignore it. One reason is that we are bombarded with marketing messages on an ongoing basis.

Some estimates range from 2,000 to 3,000 exposures per day. Another reason advertising has become less effective is because it lacks creativity.

In a marketplace filled with the same old approaches, it is easy for people to overlook attempts to get their attention. This is precisely why DNT Media was created.

"We are continually dissatisfied with the lack of creativity and blue-sky thinking that abounds in today's marketplace," comments DNT Art Director Tiffany Walt O'Brien. "Our ability to develop a unique plan and provide accurate leadership is how we make market leaders."

This progressive marketing company discovered the power of inflatable advertising and decided to put it to the test. What drew them to this medium? "We have only recently started using promotional inflatables for large conventions and tradeshows. At tradeshows, especially, inflatable advertising is a must to stand out from literally hundreds of other brands that are trying to do the same thing you are. They draw attention and evoke a sense of wonder and curiosity!"

From small startups to Fortune 500 conglomerates, promotional inflatables are proving themselves to be worthy of the trust of DNT Media and many other agencies. That's because they function using a simple inflatable advertising success formula: stand apart from the crowd, evoke curiosity and cause onlookers to stop in their tracks.

"Our Landmark Creations blast tunnel made for an incredible night and it was exeremley well received by the players, coaches and fans. Thanks to you and your team for a first class effort. Regards."