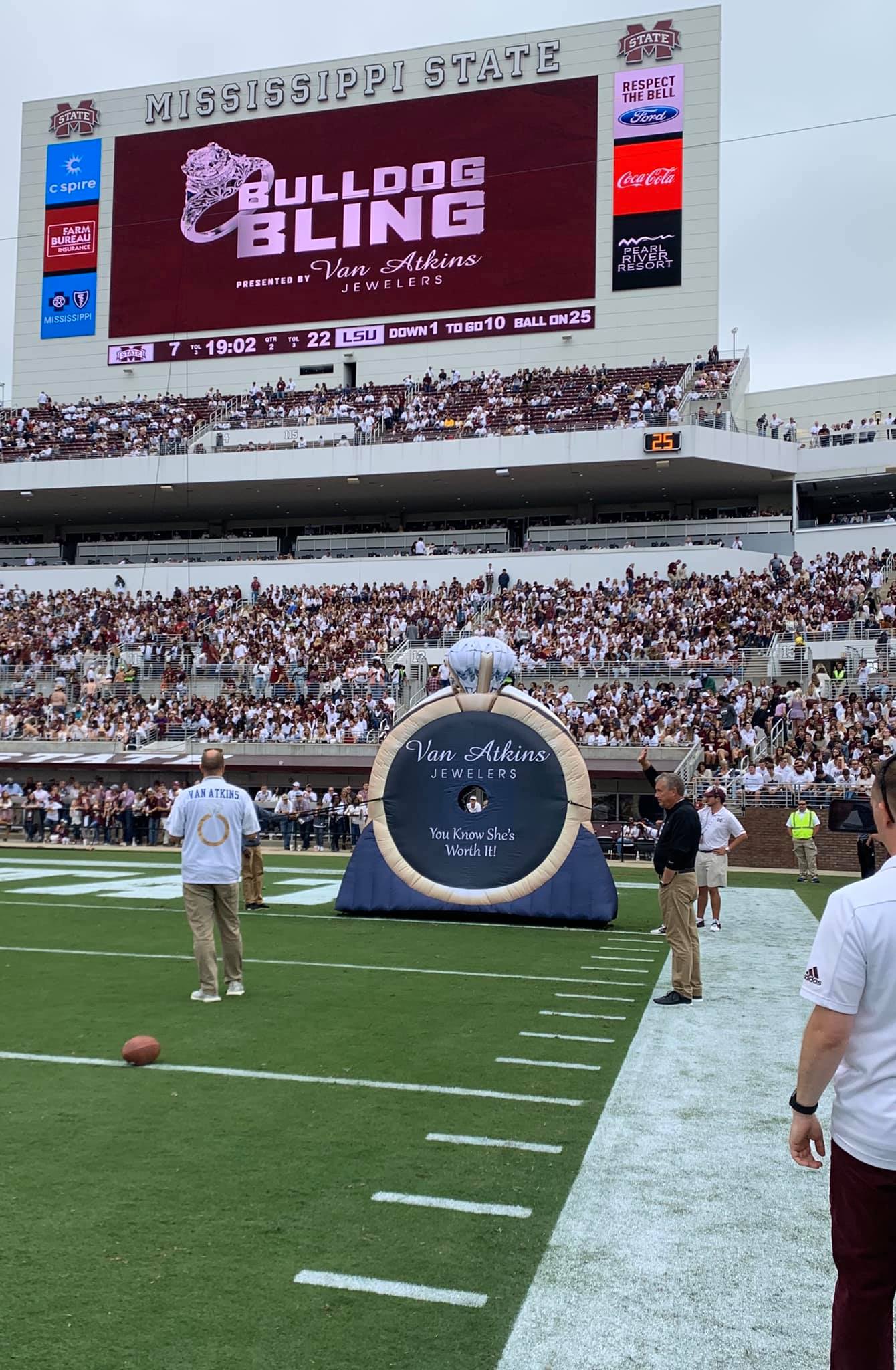 Recently he found a way to bring the two passions together.

Cooper wanted to build brand awareness for his jewelry-store chain, based in New Albany, Mississippi. So, he came up with an idea for a custom inflatable resembling a diamond ring, with a cornhole-type opening in the center.

Cooper commissioned Landmark Creations to turn his idea into reality. With his input, Landmark built an inflatable replica of a classic engagement ring – accurate in every detail, right down to the gold-color band, pronged setting, and multifaceted "diamond."

Cooper's company logo and slogan appear prominently on the inflatable, so everyone who sees it instantly gets the message: "Van Atkins Jewelers. You know she's worth it!"

Today the giant inflatable makes an impact at area football games. And Cooper plans to keep using it at upcoming sporting events.