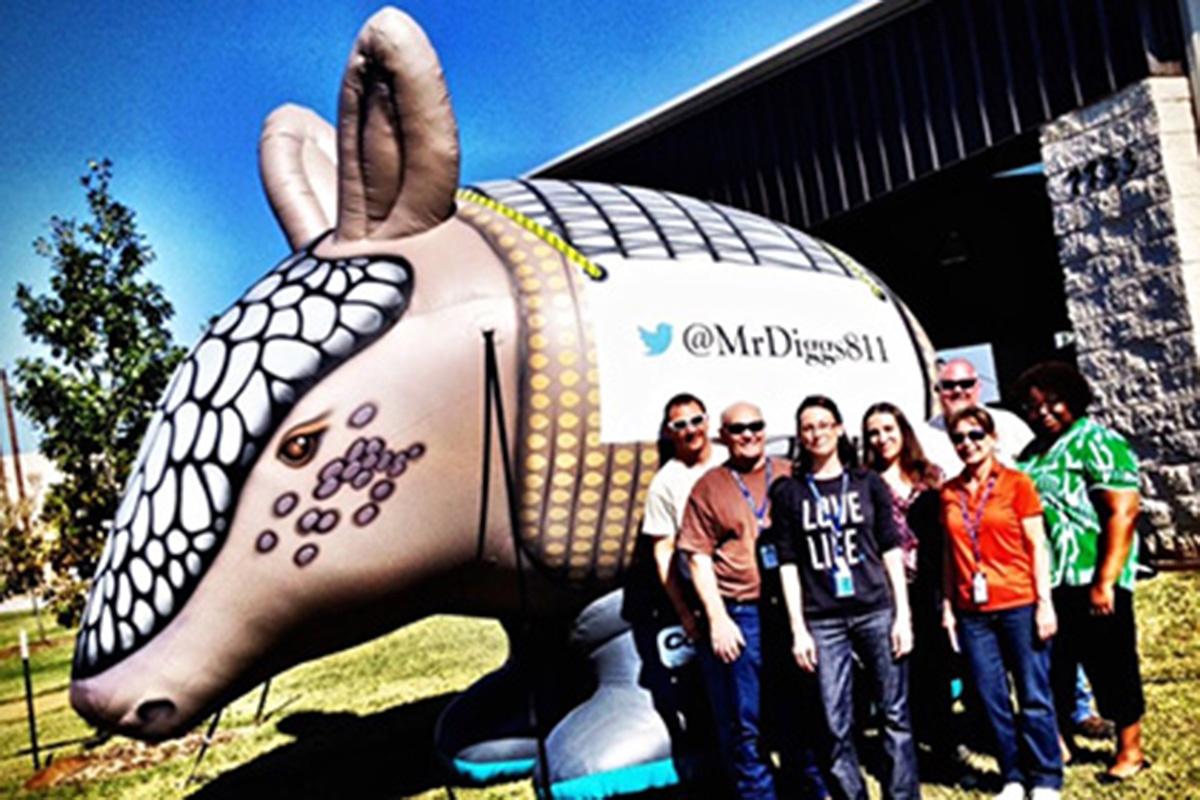 When is an inflatable armadillo character really a dog? When it pulls double duty as a publicity hound! Sporting his fashionable gray high-tops and an easy-to-read "Dig Safe" banner, Mr. Diggs recently came onboard with the CoServ Electric Cooperative as their mascot.

According to Marketing and Communications Manager Oscar Martinez, "He helps draw attention to the national Call 811 campaign, which encourages people to dial 811 before digging in the ground. Phone operators are standing by to schedule utility-locate services within 48 hours to mark underground lines at the location of the dig — whether it be a homeowner's front yard or a developer's excavation site.

"Mr. Diggs' back story is still being filled out, as is his personality, though he's already gaining a reputation as a publicity hound. One thing is for sure — he'll use any opportunity, including holidays, events and festivals, to bring attention to his safe-digging campaign. Follow @mrdiggs811 on Twitter!"

The "Dig Safe" campaign started over a year ago to remind co-op customers to be careful while digging. Rupturing a gas or electric line can be dangerous or even deadly. So, does Mr. Diggs just hide under his shell most of the time? Certainly not! Oscar keeps him quite busy with a bustling schedule. "He'll likely make appearances at sponsored sporting events, such as the Texas Legends and/or Frisco RoughRiders, the Plano Balloon Fest and the CoServ Annual Meeting, which is attended by thousands of our members."

Waddle on, Mr. Diggs, and more power to you!