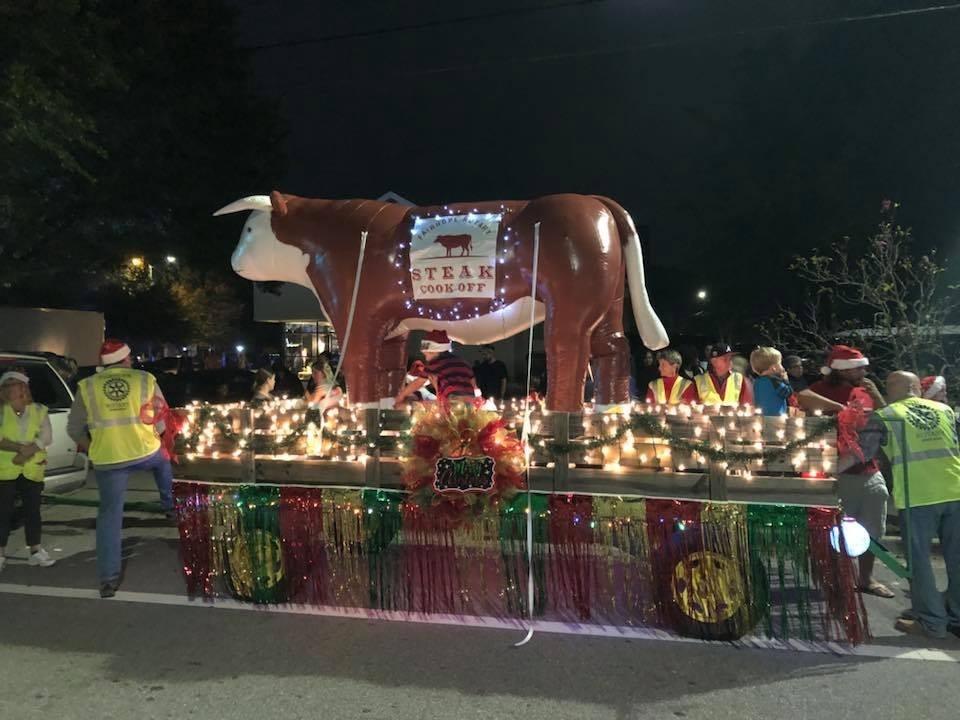 As the Rotary Club's major fundraiser, the Cook-Off serves a vital purpose, crucial to the entire community. That's why the nonprofit organization constantly seeks new ways to build greater promotional "buzz" before the Cook-Off's mid-May date.

Dubbed Big Ben in memory of a charter Rotary Club member, the inflatable bull has already created a stir. This past December he rode the Rotary Club float during the Fairhope Christmas parade. Plus, he made a special appearance at the Club's annual pancake breakfast.

According to Dr. Tubertini, Big Ben will also play a key part in a social media raffle. "Take your picture with the bull," Dr. Tubertini explains, "tag a friend and share to be entered to win free tickets to the [Cook-Off.]"

So far the beefy inflatable has been a big hit with the public, sparking excitement wherever he goes and garnering positive press coverage.

Why did the Rotary Club choose Landmark to build its inflatable mascot? For three reasons, per Dr. Tubertini: Landmark is an American company; its other inflatables are premium quality; and its pricing is "a great deal."