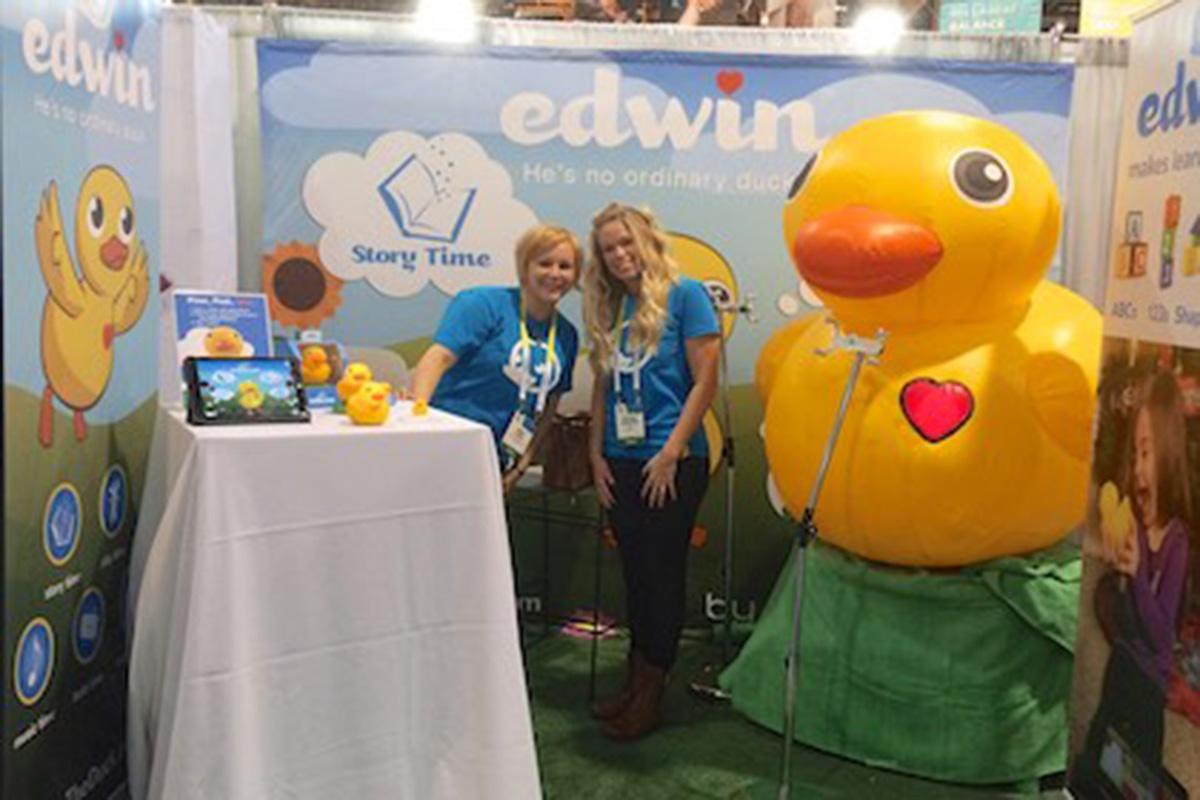 Edwin The Inflatable Duck Is A Big Hit At CES

Thousands of people, hundreds of booths, and everywhere you look, there's a cool new gadget to grab your attention. The Consumer Electronics Show is the place to be for tech firms, but without a standout display, it can be tough to attract buyers to your booth.

That's just what pi lab, the makers of Edwin the Duck, faced as they headed for Las Vegas to show off their popular learning toy. The solution? "Giant Edwin."

The inflatable mascot shares his smaller cousin's enthusiasm for education, with the added benefit of being highly visible — and more than a little photogenic.

In fact, pi lab CEO Matt MacBeth says their booth at CES enjoyed a steady stream of retailers, distributors, bloggers and members of the media — all thanks to a four-foot-tall inflatable duck. He calls the event "a resounding success," due in large part to Giant Edwin, and says some people stopped by just for a photo op with the mascot.

Giant Edwin has since made appearances at sporting events, parades, festivals and even grand openings, and by all accounts, he and the folks at pi lab are having a blast.

Looking for a creative way to promote your tech product? Browse our online gallery of custom inflatable displays for the tech industry.

"This year’s event was the highest attended in some time, and the [inflatable] astronaut, front and center on our Portico, was a great visible draw from all over the area."