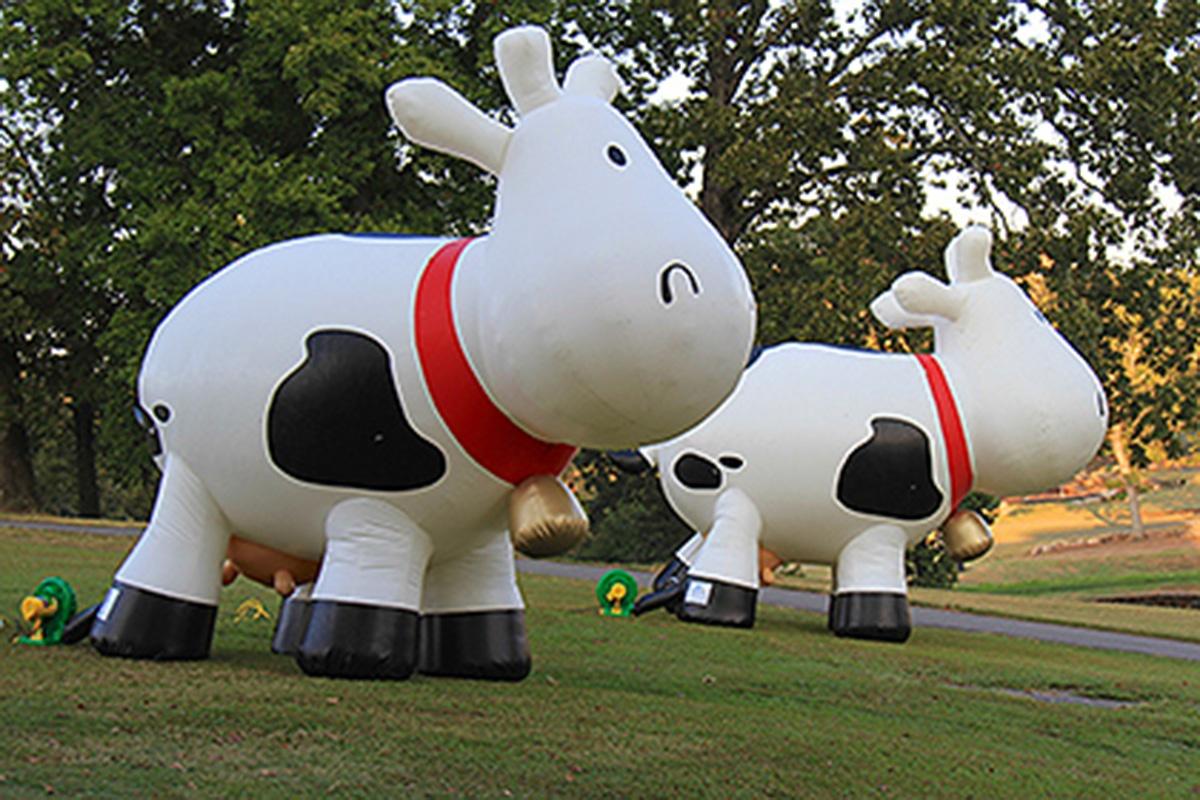 What is it they say about the cows coming home? And pigs flying? Who would have thought the inflatable varieties of these barnyard critters would help raise funds for charity?

According to Viviana Durand, Project Manager for The CE Group event marketing company, it was the "adorable" factor that landed these inflatable mascots their starring role at the race.

A fundraiser for Big Brothers/Big Sisters, this 5K road race took the form of an eight-city tour that spanned two months (from September to November). The country theme demanded cute pigs, piglets and cows to draw attention to the race and add yet one more element of cuteness.

An excellent backdrop for the event, these inflatable mascots were a big hit with the kids and offered a social media magnet (people just couldn't help taking pics and sharing them all over the Net).

While The CE Group could have used other materials for their animals, the fact that inflatables travel so well and make a huge impact gave them the edge. At the end of the tour, the Country Run raised over $1 million for its cause. That's something to squeal about!

"We had the inflatable hockey player out in front of the coliseum and it caused such a crowd! Thanks for the professional job you and your company did for me!"