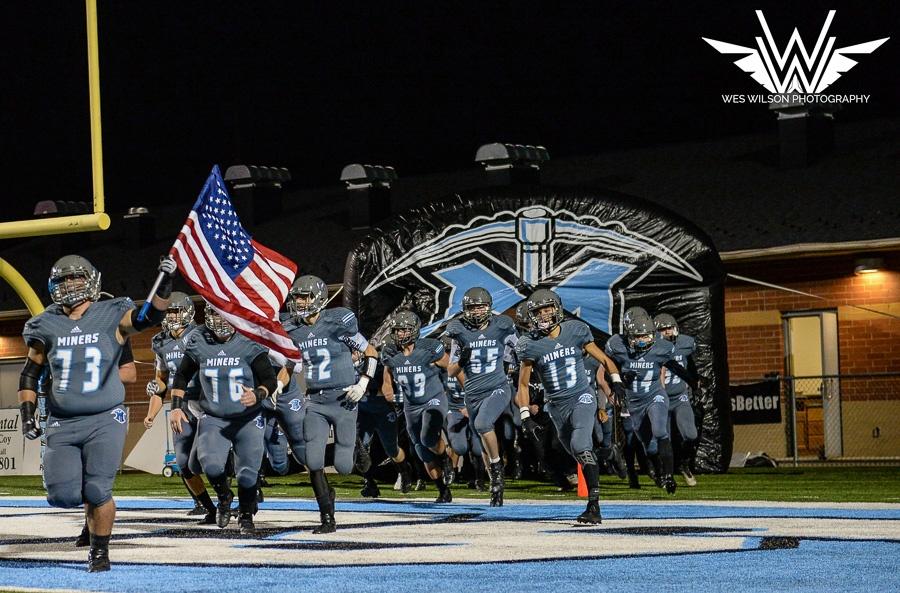 Nestled in the heart of West Virginia's coal country, Mingo Central High School is justly proud of its mining heritage. When the school sought a symbol to inspire its team and thrill its fans at home games, they settled on... a mine shaft. An inflatable one, that is.

Says Mingo Football Boosters Club's Wes Wilson, "We wanted something special, unique, and that encapsulated our logo." That's exactly what they got.

At 11.5 feet tall, Mingo's inflatable "Mine Shaft" makes a dramatic impression. It's also an integral part of a beloved kickoff ritual. As the Mingo Miners exit the locker room, members touch a piece of coal from an old mine for luck. Then, as excitement builds, the team bursts through the tunnel and roars onto the field.

The crowd eats it up. In fact, the team's thrilling entrance is now so popular that fans show up extra early to see how it works.

Why did Mingo choose Landmark Creations to design and build their inflatable tunnel? According to Wes Wilson, Landmark's reputation was key. "We had heard nothing BUT positive comments towards the quality and craftsmanship of their tunnels," he says. Mingo football fans would agree!