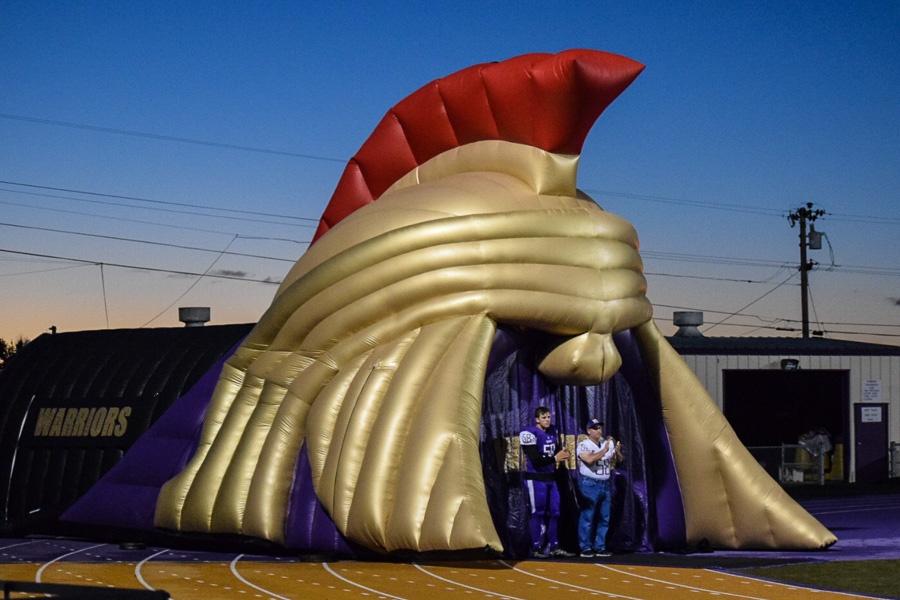 For years, Tim Rothanzl actively supported his daughters' sports teams at Ernest Righetti High School. Now it was time to do something similar for his son Jacob, who was about to kick off his final year as a Righetti Warriors football player.

Together, Tim and his wife Debbie came up with an idea: a giant inflatable helmet tunnel, which they would donate to the school.

The idea had special meaning for the Rothanzls. For 12 years Debbie had been battling cancer, and her health was fading. One of her last wishes was to see Jacob run out of the field house through the inflatable tunnel.

Tim contacted Landmark Creations with an urgent request: Could the tunnel be constructed in time for Righetti's first home game? Landmark raced to complete the project in four weeks flat... just in time for the opening game.

Debbie had passed away in late July, so she wasn't there to see Jacob's entrance. However, Tim says, "She was smiling from Heaven."

Today the Warriors Memorial Helmet Tunnel is a fixture at Righetti football games and at wrestling matches, pep rallies, and graduations as well. "My wife and I hoped to draw more spirit and tradition to the school," explains Tim. Their donation does all that and more.