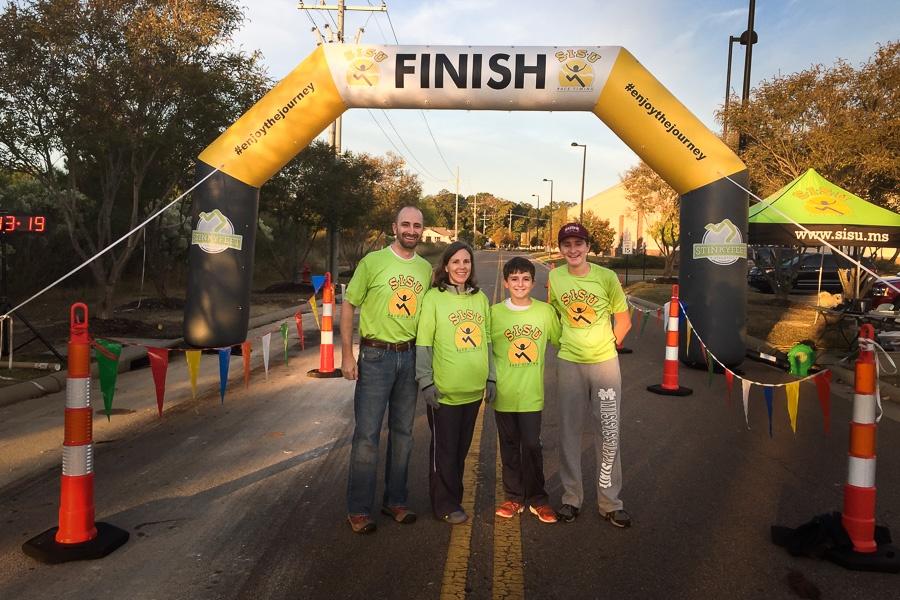 When you're in the race-timing business, you get to see a lot of finish lines. The good... the bad... and, most of all, the ugly. That's why Sisu Race Timing's Rob Oates wanted something better: a big, bright, colorful inflatable archway that would set his firm apart.

Based in Mississippi, Sisu specializes in running and walking events – 5ks, 10ks, marathons, and half-marathons.

Rob and business partner David Seago are both avid, veteran runners. In fact, Rob has completed 23 marathons, including four Boston Marathons. Small wonder, then, that he insisted on premium quality, several notches above the competition.

With its vivid colors and inspiring message, the arch makes a striking impression. Better yet, it has already ramped up business for Sisu. Says Rob Oates, "It has certainly increased the number of races we have timed. It has also helped increase our exposure in the race timing community."

In fact, Sisu's custom inflatable has generated so much business that the company recently purchased its second arch.

Ready to take your business to the next level? Talk to Landmark Creations today.