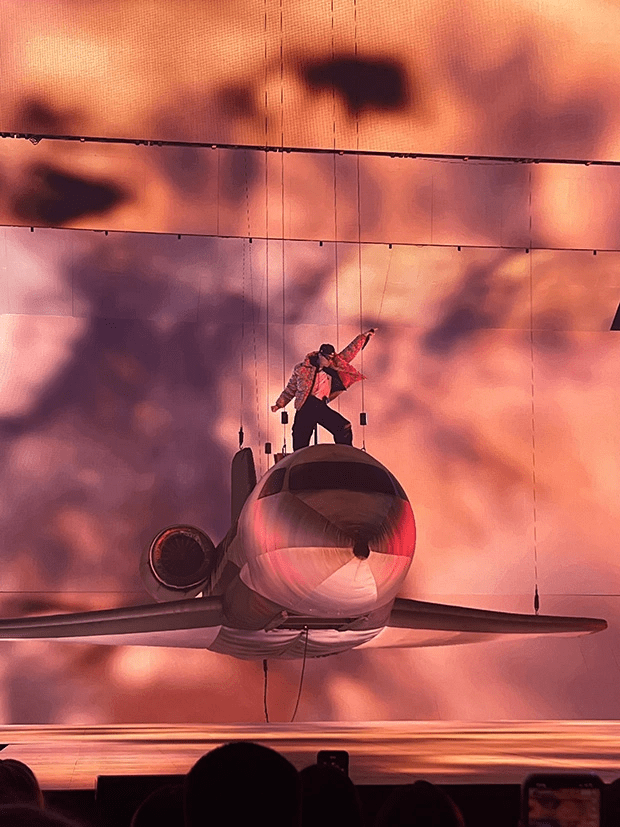 And Landmark Creations is right in the midst of it all. In recent years we’ve created giant custom inflatables for major shows and tours spotlighting some of the top names in popular music. These on-stage installations have wowed audiences worldwide with their breathtaking effects. And there’s no end in sight, as we continually expand our creative and technical horizons.

How do you keep your star performer above it all during a spectacular show? Have him stand atop a huge inflatable airplane specially built by Landmark Creations.

That was the idea conceived by creative director/production designer Nick DeMoura for Justin Bieber’s Justice Tour. And DeMoura says it worked. Landmark “did a really good job with” the inflatable plane, he reports. As it pitched and rolled – just like a real airplane – Bieber made an unforgettable entrance. Read more about Justin Bieber's Justice Tour.

More "Landmark in the News"