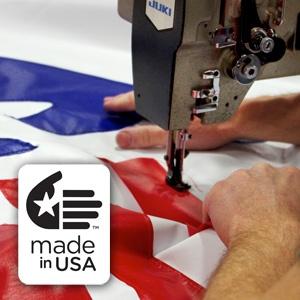 There's a shift in the winds of change.  Have you noticed?  With more optimism about our economy and an improved U.S. business forecast, a lot of companies are finally excited about what the next 12 months may bring. We're right there with you.

As a U.S. manufacturer, the leveling of the global playing field (through rising costs abroad) allows us to be even more appealing to our customers than before with top-of-the-line products at very competitive prices.

We've seen this coming throughout the previous few months and look forward to watching the new economic outlook unfold.  Something else we've been paying attention to is the best-of-the-best inflatables that have come from our workshop during 2011.  Take a look at our Top 10 Inflatables in 2011 and see if these amazing pieces spark some creative ideas in you.

Need more inspiration?  Looking for something that will allow you to stand apart from the crowd, evoke curiosity and cause onlookers to stop dead in their tracks? Take a page from DNT Media's playbook and you'll find just the tool for the job.

Uptown Manhattan was taken over by a herd of inflatable character balloons in November as Barneys New York launched a new holiday campaign.  In conjunction with pop diva Lady Gaga, the upscale retailer has transformed the entire fifth floor of its Madison Avenue store into a delightfully demented shopper's paradise.

Thanks to the sister-and-brother team of Laura and Rob Sams, Sisbro Studios has given sharks their own ambassador.  Devoted to teaching kids about nature, Sisbro Studios has produced films and created educational events that have appeared nationwide.  In conjunction with their most recent Shark Days film, they commissioned a life-size shark replica from Landmark Creations.

It happens every October.  Hunters converge on Mitchell, South Dakota for an event one local retailer says is bigger than Black Friday: the opening of pheasant season.  For Cabela's, one of the world's most well-known outdoor recreation brands, the Pheasant Classic equates to a tan and blaze Christmas.

Sponsoring numerous events each year at 13 different parks that span Southeast Michigan, Oakland County Parks and Recreation needed something that would attract attention, mark their event sites and draw in more traffic.  What could be a more perfect fit than an inflatable archway?

Cheerleaders are priming the crowd.  Coach James Ray paces the sidelines.  The announcers are standing by to deliver the play-by-play action.  Then, out of nowhere, the fans erupt with excitement as the Bruce High Trojans hit the field through their inflatable sports tunnel.

Ever Wanted to Stuff the Whole World? David Byrne Did with Inflatable Art

As interactive inflatable art, the idea is to experience the piece rather than merely to view it.  Incorporating both sound and sculpture, those who encounter the globe will most likely be drawn to it by the low, slightly ominous sounds that come from within the piece.  The noises are low-frequency pulses, tremors and rumbles that resemble what Byrne envisioned, then recreated, by processing recordings of his own voice.

Everywhere you look, you see advertising.  And, if you're like most people, you ignore it.  One reason is that we are bombarded with marketing messages on an ongoing basis.  Some estimates range from 2,000 to 3,000 exposures per day.  Another reason advertising has become less effective is because it lacks creativity. 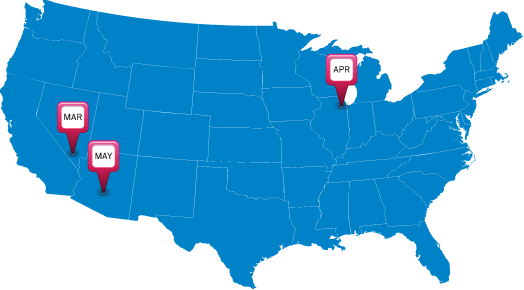 WILL WE BE IN YOUR CITY? LET'S MEET!

Want to say "hi" in person and chat for a bit? We'd love it! If you're going to be at one of these shows, please let us know so we can reserve time to talk. (More locations coming soon. Stay tuned for details.)