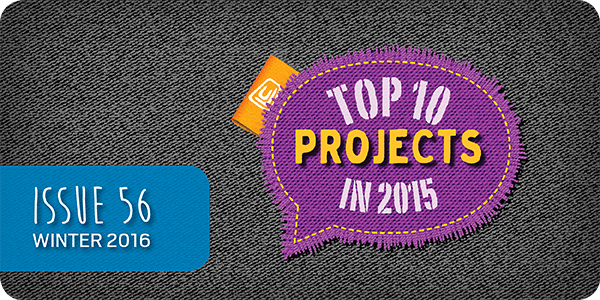 In the spirit of deserved recognition (and the Academy Awards), Landmark Creations is proud to reveal our Top 10 picks for 2015.

Judged on their creativity and visual appeal; these inflatables are true inspirations to other marketers. We thank each and every single one for allowing us to help them accomplish their promotional goals and become superstars in 2016. 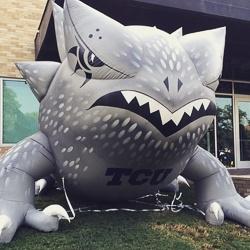 While Kermit™ may be the most famous amphibian in the land, Texas Christian University's college mascot — the Texas horned frog — probably runs a close second. If you've never seen one, you can just imagine what it looks like based strictly on the name. [read more] 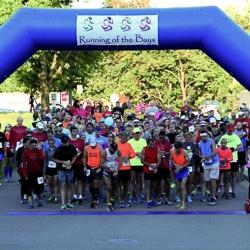 After using balloons and vinyl banners draped across the street, the folks involved with the Running of the Bays decided they wanted to "look like a professional road race." That's when they contacted Landmark Creations. [read more] 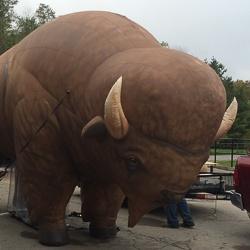 How To Turn A Buffalo Inflatable Mascot Into A Landmark

How many times, in the course of your weekly conversations, does the sentence "Just turn right at the giant buffalo" come into play? That's what we thought. When you own and operate an ATV resort and family farm with trails, people are more prone to that sort of thing. [read more]

In such a visually stimulating environment, it's easy for conference-goers to get lost in all the lights, bells and whistles. That's why, when you're exhibiting at a major show, two things are vital: having great booth location and using a trade show display that wakes up attendees as they walk by. [read more] 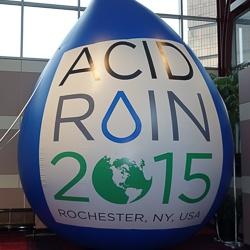 Almost four decades ago, the U.S. government decided to measure atmospheric deposition and study its effects on the environment. This project came to be known as the National Atmospheric Deposition Program (NADP). The primary focus is monitoring the changing chemical climate in America (for example, acid rain). [read more] 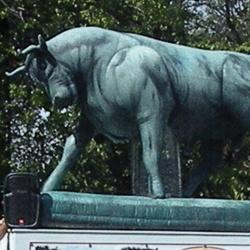 Considering the United States is not even 250 years old, honoring a town's 350th anniversary is quite special indeed. That's why the township of Smithtown, New York, went all out to celebrate — including the Chamber of Commerce. [read more]

There are even more episodes of Landmark on Location (LOL) in the works. Have you seen all the videos in the series yet? No? Click here for a sneak peek behind the scenes as we go onsite to client installs. There's always something unexpected that results in helpful tips that will save you time and frustration during your next project. Enjoy!