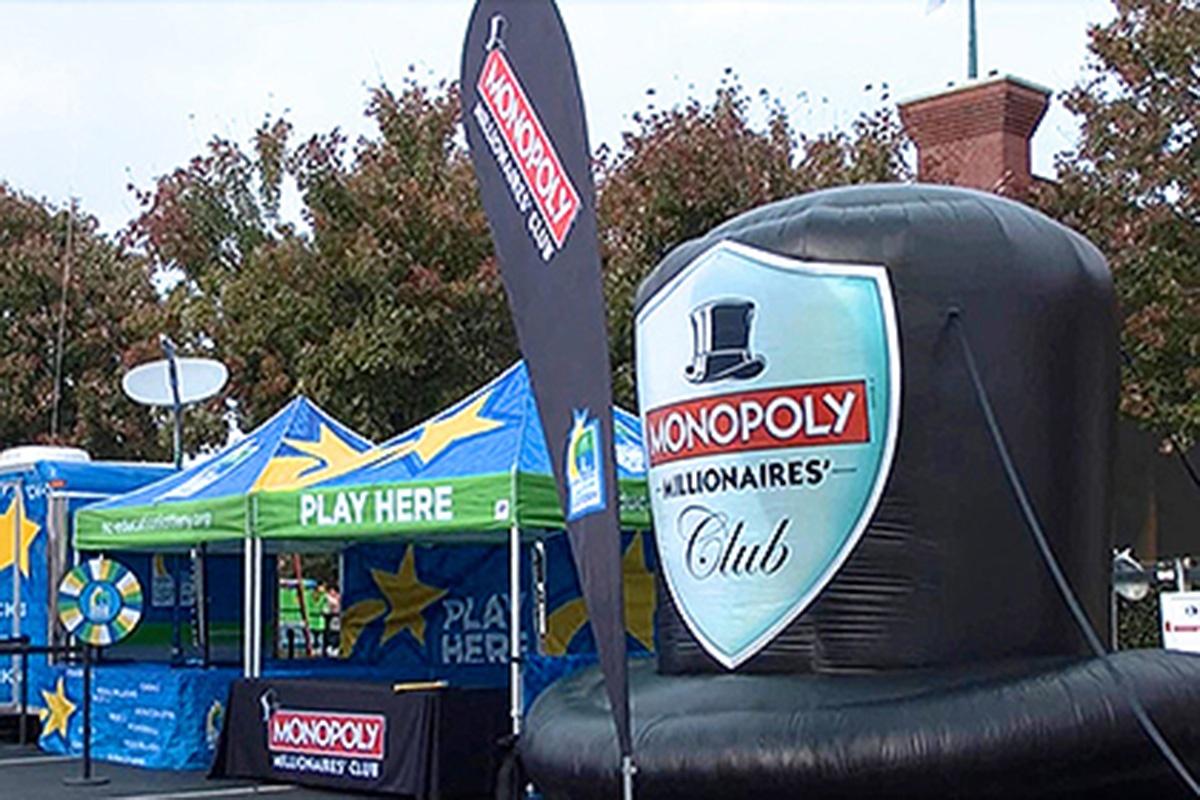 Supporting teachers' salaries in grades K-3, school construction and repairs, college scholarships and more, the NC Education Lottery is an important source of funding for the state.

To raise awareness and encourage ticket sales during the launch of its new MONOPOLY MILLIONAIRES' CLUB™ lottery game, the NC Education Lottery called on Landmark Creations. The project? To develop an inflatable marketing balloon shaped like the most iconic game piece ever made: the top hat.

The combination of a long-time favorite game, a wildly popular location and a highly visible inflatable made this event marketing project a huge success.