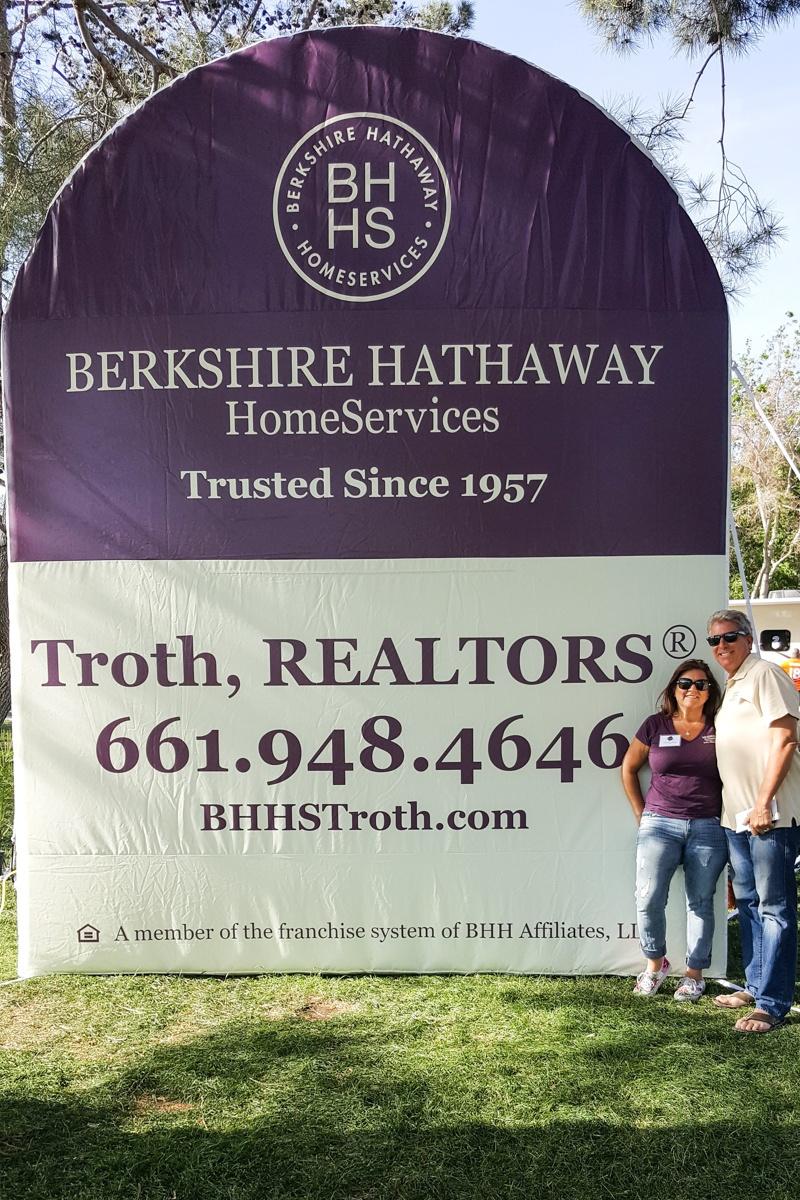 For 60 years, Berkshire Hathaway HomeServices Troth, REALTORS has served California's Antelope Valley. As a family-owned firm, the company prides itself on its community involvement. So, when co-owner Jodie Shepherd-Troth sought a way to boost brand recognition, she decided on something sure to grab attention at local community events: a giant, inflatable "For Sale" sign.

Built by Landmark Creations, the inflatable billboard stands 15 feet high, 11 feet wide, and 2.5 inches thick. And it certainly gets the message out. Just like a real "For Sale" sign, it's emblazoned with the company's name, phone number, and impressive slogan: "Trusted Since 1957."

Why did Shepherd-Troth choose Landmark to create this inflatable logo? "They were easy to deal with," she says, "and efficient in their response."

So far, the inflatable billboard has made a visible impact at popular celebrations such as California's famous Poppy Festival. In the future, says Shepherd-Troth, it will represent the realty firm at various other venues, from corporate and PR events to fairs and festivals. "We feel this product gives us exposure on a much broader level than a banner or an advertisement in a brochure," she says.