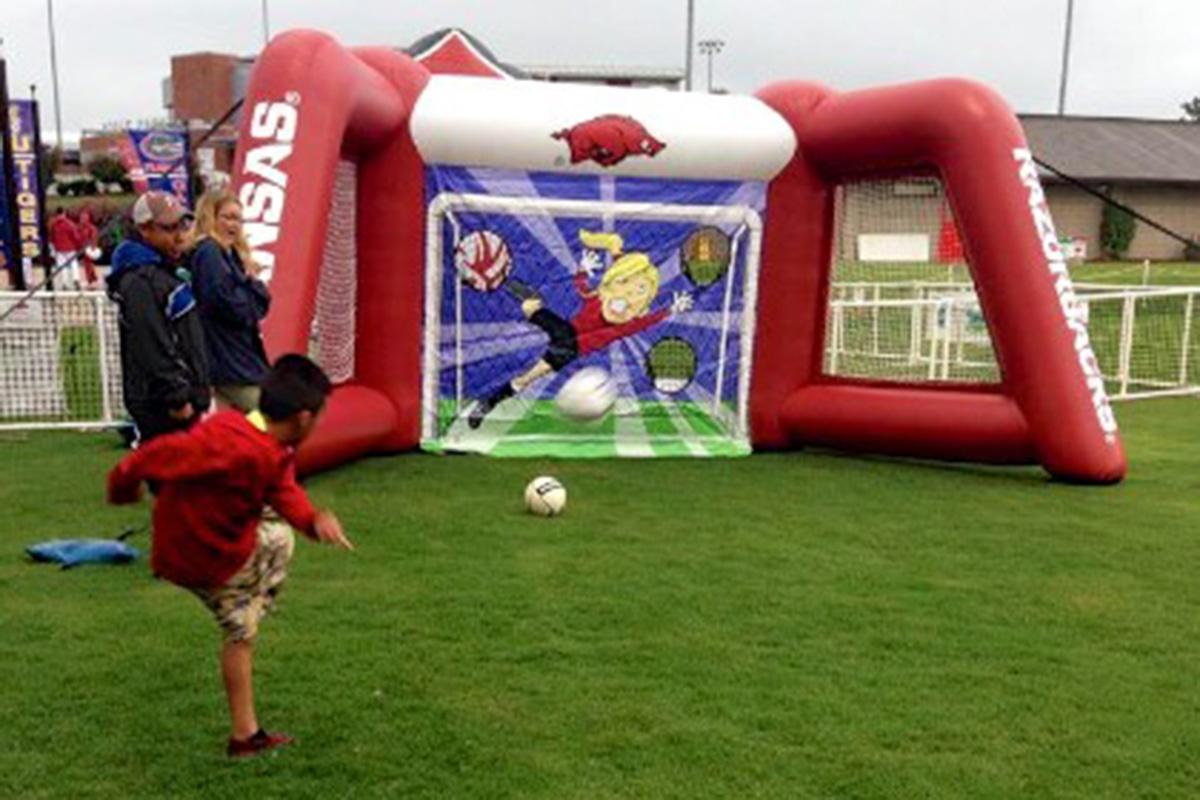 Portable Sports Cage Gets Rave Reviews From Kids And Parents

"As the marketing department, our goal is to increase fan engagement at athletic events to create a memorable experience for our fans and student athletes," says John Geren, Assistant Director of Marketing & Fan Development at the University of Arkansas.

The challenge can be finding something that fans of all ages appreciate and want to interact with. How did he do it?

"Use one inflatable that applies to multiple sports with increased branding and visibility compared to other inflatables we have used in the past." In other words: create an inflatable, portable sports cage and set it up in the Kid's Zones at football, soccer and softball games.

The Razorback sports cage is a single inflatable with multiple backdrops. Change out the net and you have an entirely different inflatable such as a football toss or a batting cage.

Did it work? According to John, rave reviews have been given by kids and parents, and a 50% increase in single-game attendance has been recorded. I'd say that's a score!

Want to score big on your next promotion? Check out our gallery of inflatable sports cages for a variety of styles and examples!

"This year’s event was the highest attended in some time, and the [inflatable] astronaut, front and center on our Portico, was a great visible draw from all over the area."