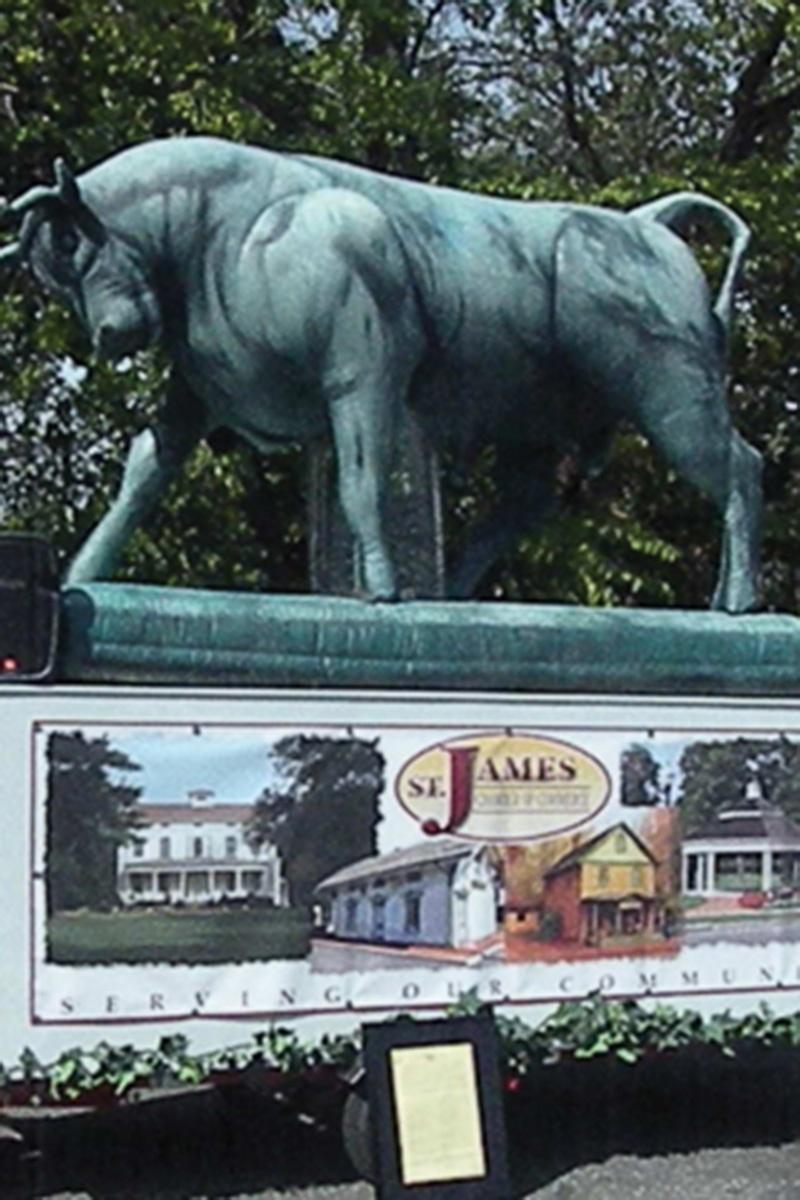 Considering the United States is not even 250 years old, honoring a town's 350th anniversary is quite special indeed. That's why the township of Smithtown, New York, went all out to celebrate — including the Chamber of Commerce.

"There is a bronze statue of Whisper the Bull at one of the prominent intersections in town. We first displayed Whisper at the town's 350th anniversary parade and won a trophy for the Best Themed Float. The crowd went crazy when Whisper came down the street. It was so realistic that someone said, 'Oh, my God, they're moving the Bull.' That was the best compliment."

Whisper (the inflatable mascot) has become quite the celebrity around town, appearing at the annual St. James Day street festival and another county festival. The Chamber folks have plans to use him for many other event-marketing activities in the future.