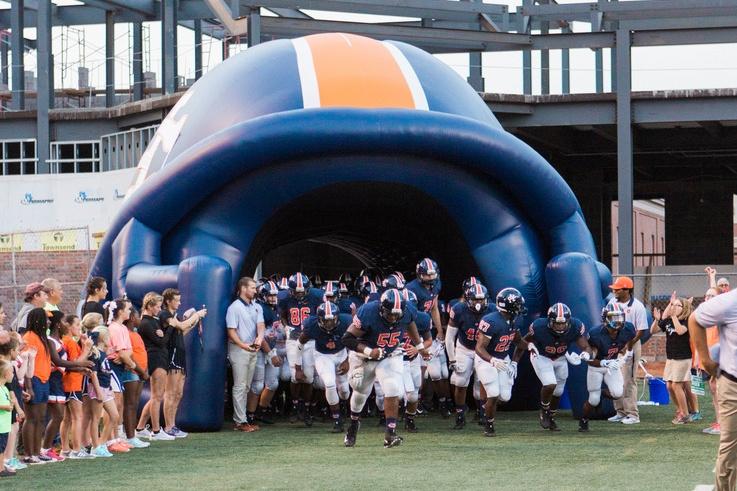 When Charles Henderson High School hosts a home football game, the excitement starts even before kickoff. As fans cheer, the school's varsity football team bursts onto the field out of a huge inflatable football helmet. And it's made possible by MAX, a financial services provider serving Central and East Alabama.

According to MAX Vice President of Marketing, Josh McAfee, the firm donated the giant helmet to Charles Henderson as a goodwill gesture.

"MAX is new in the Troy market,"she explains, "and this in-kind sponsorship was intended to expose the community to MAX's commitment as a hometown provider."

Built by Landmark Creations, the inflatable sports tunnel makes a dramatic impression. So far, it has received a rousing response. "Community feedback has been outstanding," says McAfee. Both the school and the football program, she reports, are "astounded at MAX's creativity as a booster."

Why did MAX choose Landmark to create the giant inflatable? "Landmark [had already] created a large inflatable logo for MAX several years ago," McAfee says, "and we have been very pleased. All MAX had to supply to Landmark was four photos of Charles Henderson's football helmet," she relates, "and the result was spot-on."

"We had a very positive experience working with Landmark Creations and were very impressed with their service and how quickly we were able to receive our inflatable. The product is high quality and super easy to use, which makes a huge difference when setting up."