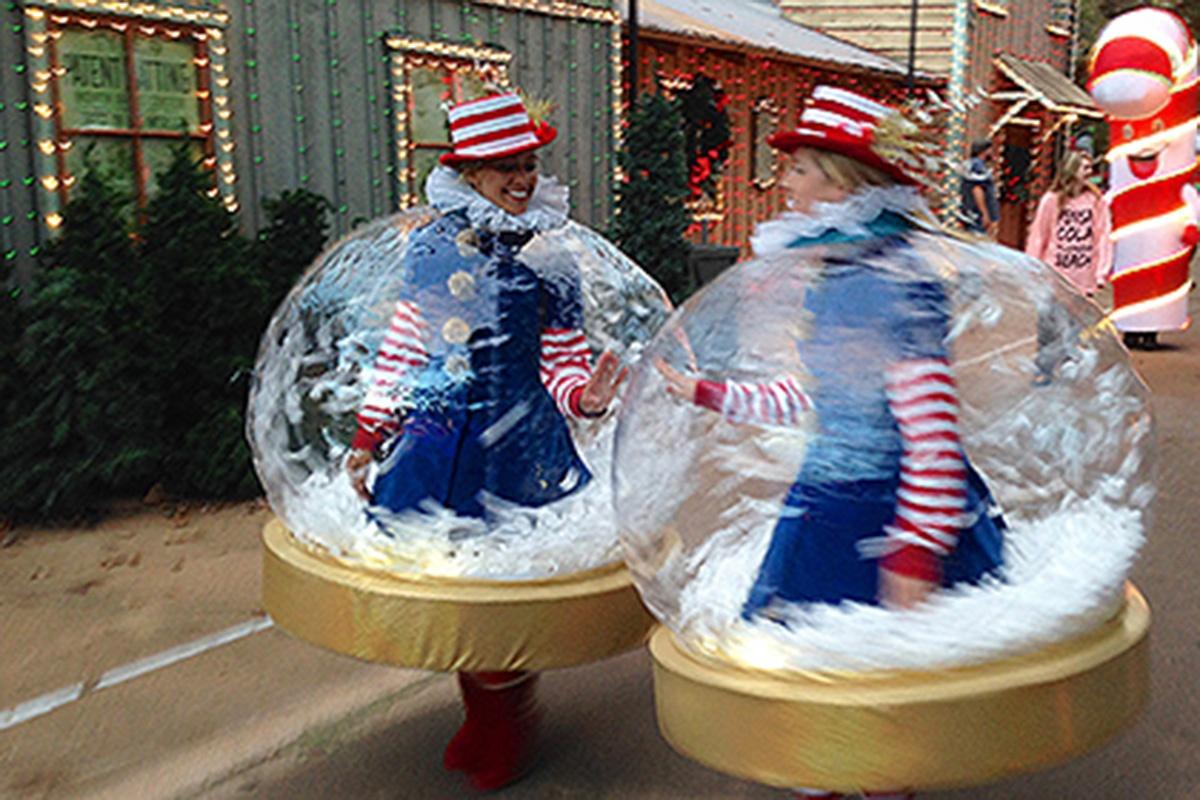 Remember snow globes from your childhood? Those small handheld toys could be shaken until the scenery inside was surrounded by a flurry of "snow" suspended in water. The effect was fascinating to watch. Now, these whimsical toys have been brought to life through the magic of inflatable costumes!

The Snow Globe characters for Rudolph's Holly Jolly™ Christmas Light Parade at Silver Dollar City, Branson, MO, took some clever engineering, but the end result was nothing short of enchanting.

"Working with clear plastic was a challenge. Without showing any of the mechanics, we not only needed to keep our Snow Globes inflated, we also needed them to light up and circulate snow, all while being lightweight enough to wear for extended periods of time," explained Rondi Hillstrom-Davis of Rondi Costumes.

"Designed exclusively for Silver Dollar City, I wanted to create unique characters that conjured up memories of an old-time Christmas past. Part of the newly designed evening parade of illuminated floats and costumed characters, the Snow Globes wowed the audience nightly as the parade made its way through the streets during the holiday season."

Just looking at the parade attendees', we could see an obvious sense of fun and fascination. Mission accomplished!

Inflatable Pumpkin Tunnel Guests at Fall Events Across the Country