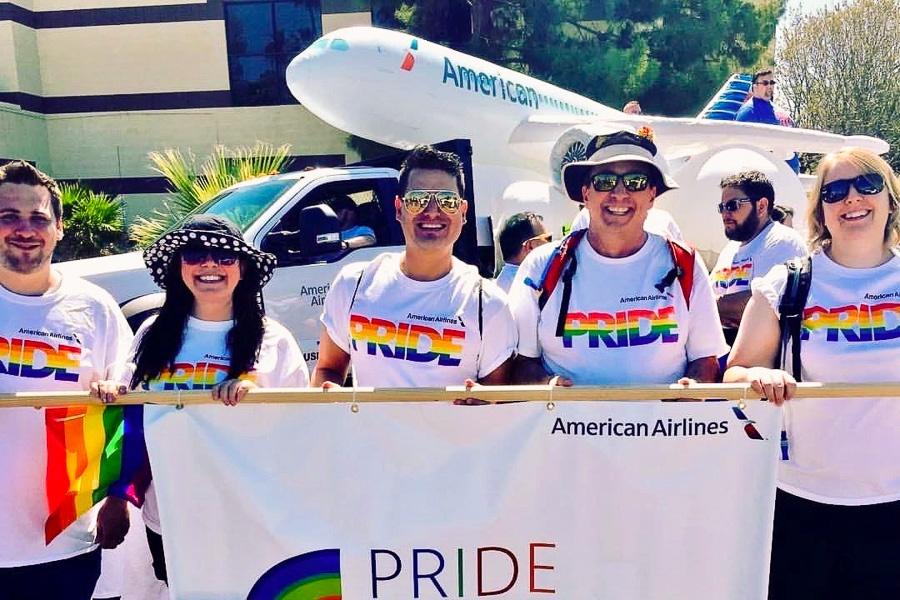 Inflatable Airplane Replica Takes Off at Parades and Events

As a champion of diversity and inclusion, American Airlines participates in countless parades, conferences, and recruitment events. So, when the global commercial carrier updated their iconic branding, they decided to dial up their visibility at these popular venues. How? With a custom inflatable replica. That's when they turned to Landmark Creations.

Explains Melissa Wallace, Senior Manager-Inclusion & Diversity, "I did a search and found [Landmark] online and was impressed with the items I saw." She also liked the fact that Landmark had worked with an airline before.

With Wallace's guidance, three custom inflatables were created: a giant 12-foot airplane with American's updated colors; a tailfin surrounded by realistic cumulus clouds; and a replica of the airline's sleek, streamlined new logo.

Since acquiring the inflatables, American has featured them in several big events. The payoffs, according to Wallace, included team engagement and improved visibility along with more foot traffic to recruitment booths. “Tom and the rest of the team were great to work with.”

Ready to take your own brand or product from the runway into the stratosphere? Give us a call today to discuss the options.

How to Turn a Buffalo Inflatable Mascot into a Landmark