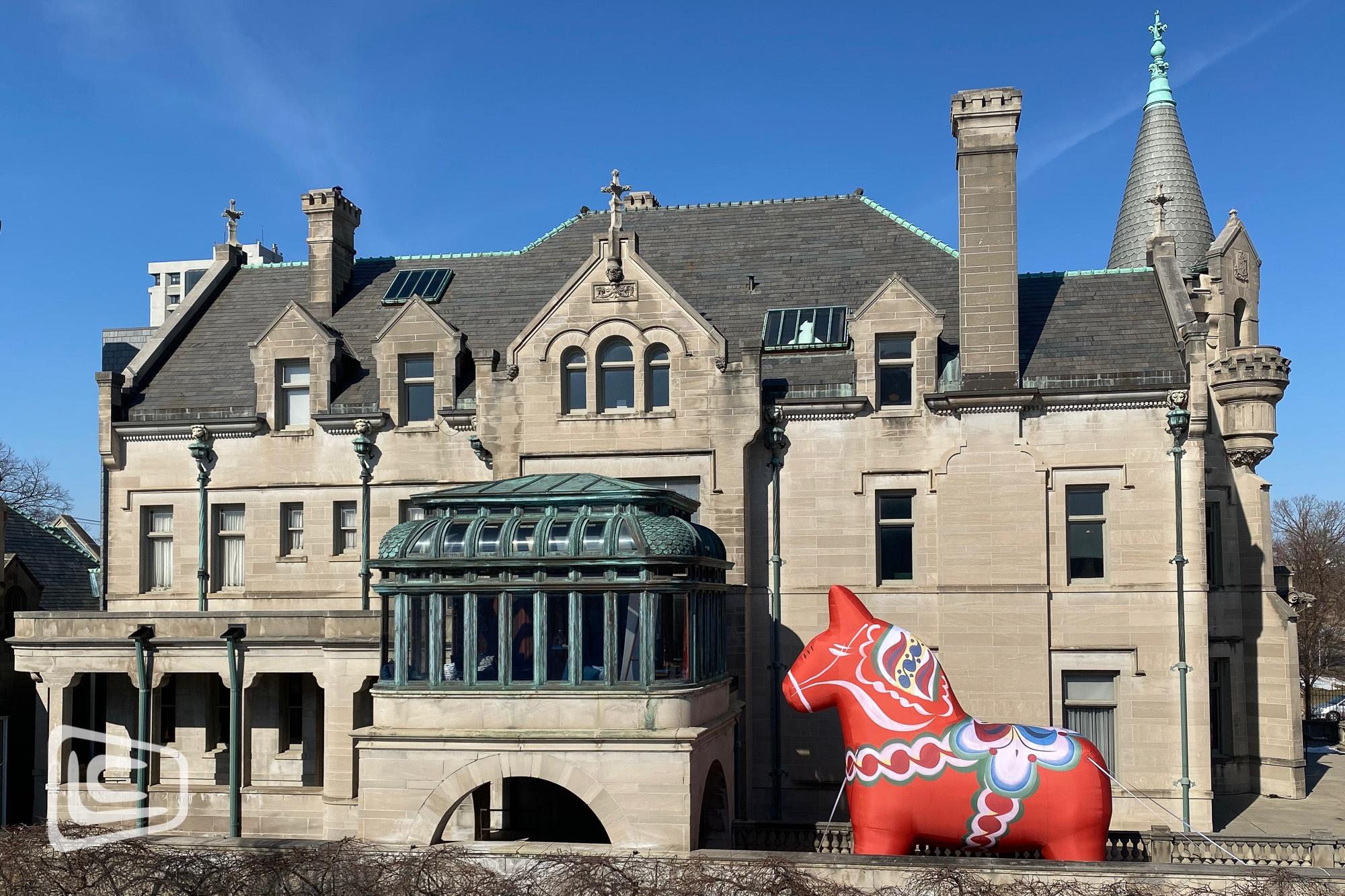 According to Split Rock Project Manager Niki Murray, "We were hoping for a showstopping piece that would closely resemble a real wooden Dala Horse."

The American Swedish Institute loved it. And so did the people at Split Rock Studios.

"The Dala Horse turned out beautifully," reports Murray. "It was a social media magnet and fit in with the rest of the exhibition perfectly."

Why did Split Rock choose Landmark Creations to craft the inflatable mascot? Says Murray, "Landmark is a trusted partner of ours. We wouldn't think of going anywhere else."