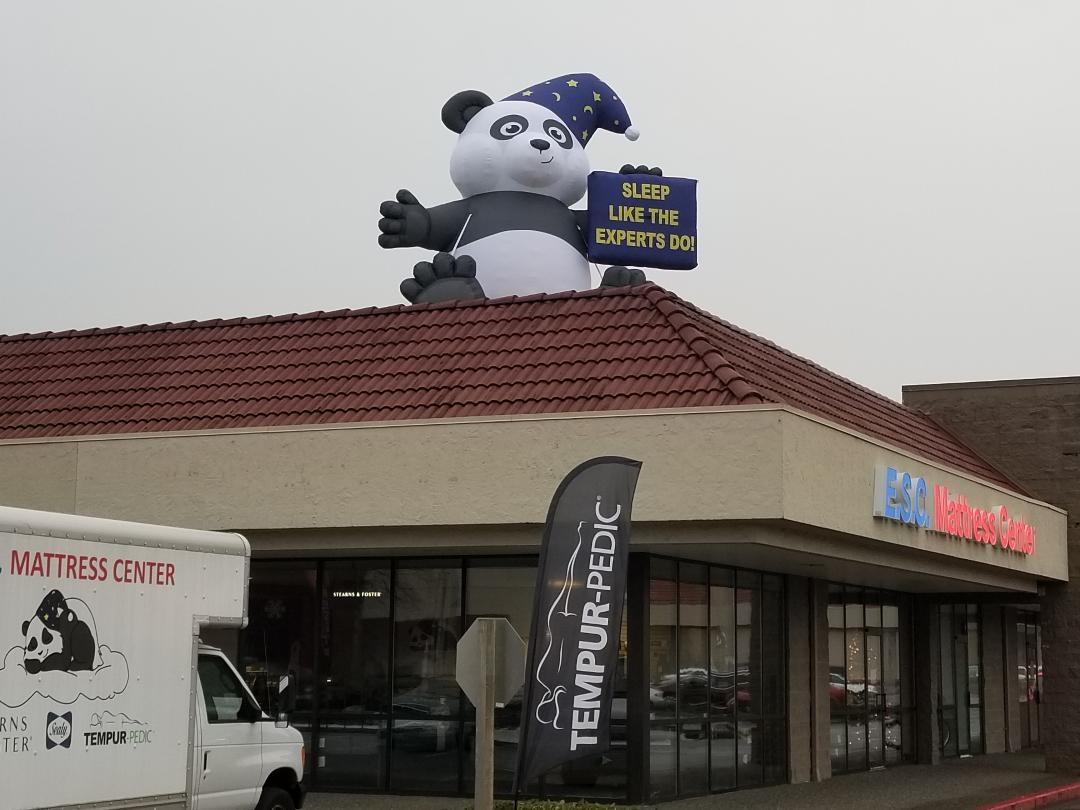 How do you catch the attention of busy shoppers in a bustling outdoor mall? With a giant panda!

Joshua Rigsby owns the ESC Mattress Center in Everett, Washington. The store's logo – a drowsy panda – is a big favorite with customers. So, Rigsby decided to replicate the panda as a giant inflatable mascot for display on the store's rooftop.

Today the inflatable panda perches high atop the store. And, at 14 feet high by 15 feet wide, he certainly makes an impact. For added effect, he holds up a big sign emblazoned with the words, "SLEEP LIKE THE EXPERTS DO."

Why did Rigsby choose Landmark Creations to craft the inflatable replica? He says Landmark's workmanship "seemed like the best quality for the price."

Durability was key. Washington State weather can be harsh. According to Rigsby, the other companies' inflatables "seemed very cheap, like they wouldn't stand up to our winters." But Landmark's inflatables were obviously built to weather any storm. And that's what sealed the deal.