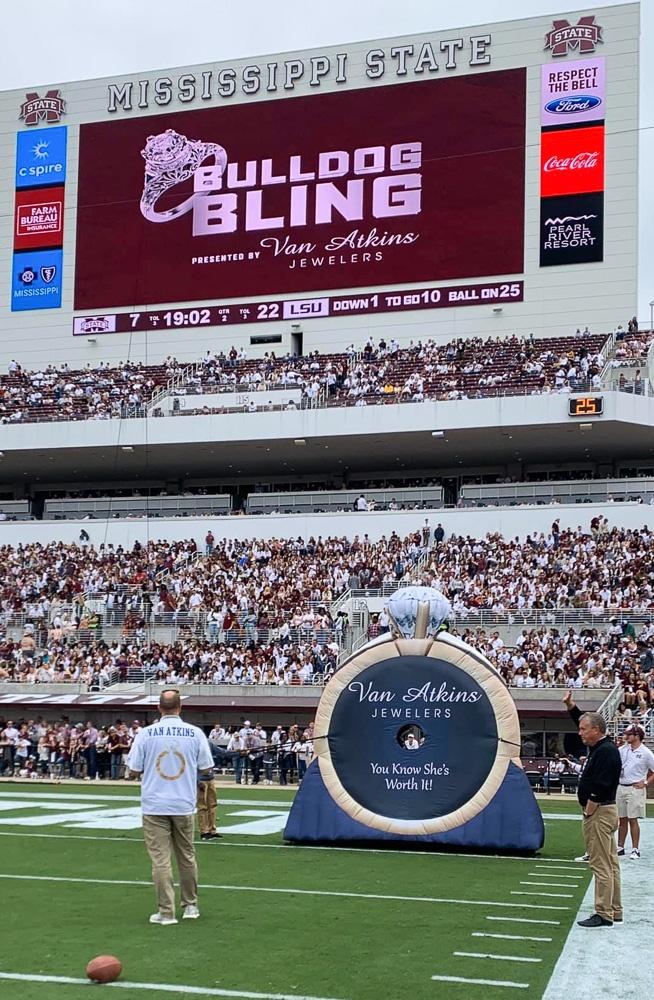 Cooper wanted to build brand awareness for his jewelry-store chain, based in New Albany, Mississippi. So, he came up with an idea for a custom inflatable resembling a diamond ring, with a cornhole-type opening in the center.

Cooper commissioned Landmark Creations to turn his idea into reality. With his input, Landmark built an inflatable replica of a classic engagement ring – accurate in every detail, right down to the gold-color band, pronged setting, and multifaceted "diamond."

Cooper's company logo and slogan appear prominently on the inflatable, so everyone who sees it instantly gets the message: "Van Atkins Jewelers. You know she's worth it!"

Today the giant inflatable makes an impact at area football games. And Cooper plans to keep using it at upcoming sporting events.

Giant Inflatable Arch Gets Cross-Country Team to the Finish Line