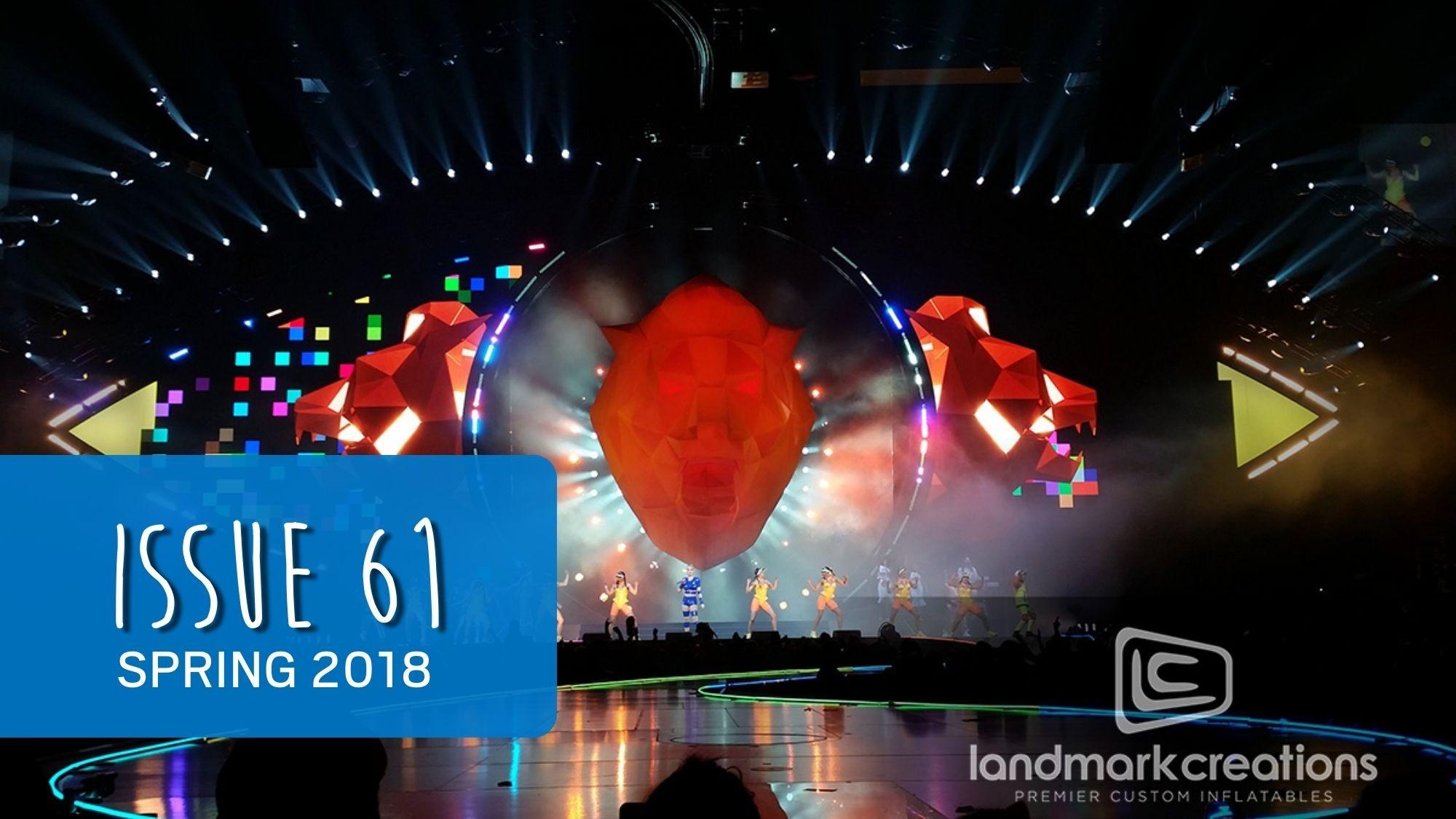 Landmark's in the News!

In its August 2017 issue, Specialty Fabrics Review spotlighted "Seated Ballerina," a stunning inflatable sculpture installed at New York's Rockefeller Plaza between May 12 and June 2, 2017. Designed by artist Jeff Koons and built by Landmark Creations, the 45-foot "Ballerina" was authentic in every detail, right down to her tutu and toe shoes. Best of all, she helped raise funds (and awareness) for the International Centre for Missing and Exploited Children.

LED-Enhanced Inflatables: The Latest Bright Idea
Perry's inflatable stage prop is just one brilliant example of LED's dazzling possibilities. Want to learn how LED lighting can enhance your custom inflatables? See our article in this newsletter.

Check Out Our Newest Case Studies for Even More Inspiration
Plus, connect with us on Facebook, Twitter, Pinterest, and other social platforms. And watch for our upcoming updates on trends and innovations.